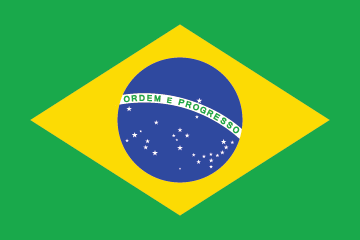 According to ANED (National Association of Home Education), the number is 7,500 families.

School enrollment is mandatory. Families who educate at home are at risk of being sued by the authorities, Guardianship Councils and Public Prosecutors. The legal precedent was set by the case in which the parents of an 11-year-old girl became defendants in a lawsuit through the complaint of the city of Canela (RS). After appeals, the matter was reviewed by the Supreme Court in September 2018, which determined that the child should be enrolled in the regular school system and issued the understanding that, as there is no specific legislation regulating the practice, homeschooling is not allowed by parents. However, homeschooling does not violate the Brazilian constitution, and should be a matter on which the federal congressional legislation should enact legislation. The federal congress has yet to act to provide a home education law.

But even after the Supreme Court's decision, according to the Brazilian National Association for Homeschooling (ANED), there are 7,500 families educating their children at home in Brazil, taking the risk for criminal prosecution for intellectual abandonment. Generally, these families understand that it is the best option and educate their children by applying school content at home with classes given by their own parents or by private teachers. After the age of 15 or so, teenagers are enrolled in supplementary courses and take the National Examination for the Certification of Youth and Adult Skills (Encceja) to obtain a formal certification.

A number of federal courts have previously ruled that homeschooling was not allowed under the compulsory attendance law on basic education. The jurisprudence resides in the national effort to eradicate illiteracy and to reduce school absences, with the resulting benefits of removing children and teenagers from the streets, promoting awareness and preventing the exploitation of children, among other factors. Since the emergence of The Brazilian Child and Adolescent Rights Act (ECA) penalties have been imposed on parents, the penal code defines it as a crime to not provide primary education to school age children within the state education institutions.

In the most significant case involving homeschooling, the Superior Court of Justice (STJ) examined various issues related to fundamental rights, such as: the right to education; the rights of the family; the rights of children and adolescents; the duty of the state and the family in providing education and its relationship with the freedom of learning, teaching, researching and expressing opinions; the prevalence of parental choice of education offered to children; and the criminal repercussions of non-school enrollment. But what was at stake, fundamentally, was the importance of the family status, as the base of society, in relation to the constitutional obligation of providing care in elementary school institutions.

The grounds for the decision of the STJ focused basically on three main aspects:

In this light, the courts stated that the link between individual and collective participation in social life and in the public space requires the formal transmission of a set of values and democratic principles to each generation. Therefore, in the Brazilian legal system, the freedom of learning is related to the choice between private or public school, pedagogical method of formal education, and possible religious orientation (among other possible options), but not between schooling and home education.

Although the result was technically a loss, the case has achieved many positive outcomes. It helped bring homeschooling to the attention of the federal congress, where there are many supporters of home education. Homeschooling has been the subject of draft bills that have been presented to Congress since 2012 (PL 3179/12), but still have not been put to a vote.

Due to COVID-19, many municipalities schools have been closed and have had to adapt to remote education.

The current situation resembles in some aspects the model of home education. For example, with parents participating much more actively in their children's education and the fact that activities are performed at home, which may help reduce prejudice around the issue. The hope of families that wish to teach school content to their children without the requirement of enrolling in a school is that soon Congress will vote on the bill that legalizes and regulates this practice.

This text was modified by Attorney Gabriela Castilhos from Brazil.

The Brazilian media reports that the decision could formalize home education in South America's largest nation.

A Brazilian newspaper reports progress toward a law protecting this fundamental right.

According to a Sao Paulo newspaper, the national Congress is moving forward on passing legislation to normalize homeschooling in Brazil.

Homeschooling and Its Certification in Brazil

This video explains in Portuguese the homeschooling situation in Brazil as of February, 2019.

“Homeschooling in Brazil Is a Fact. It’s Not Going Away.”