At the beginning of our homeschooling journey, we pondered this topic since it’s a common question we read and hear about all the time. Do homeschooled kids have a hard time making friends? Could this just be a figment of parents' imaginations?

Making Friends in the Park

I’ve watched my son in the park, and I think he’s much bolder than I ever was. He will go right up to other new kids and just say “Do you want to play?” And they will run off and start having a good time on the slides. 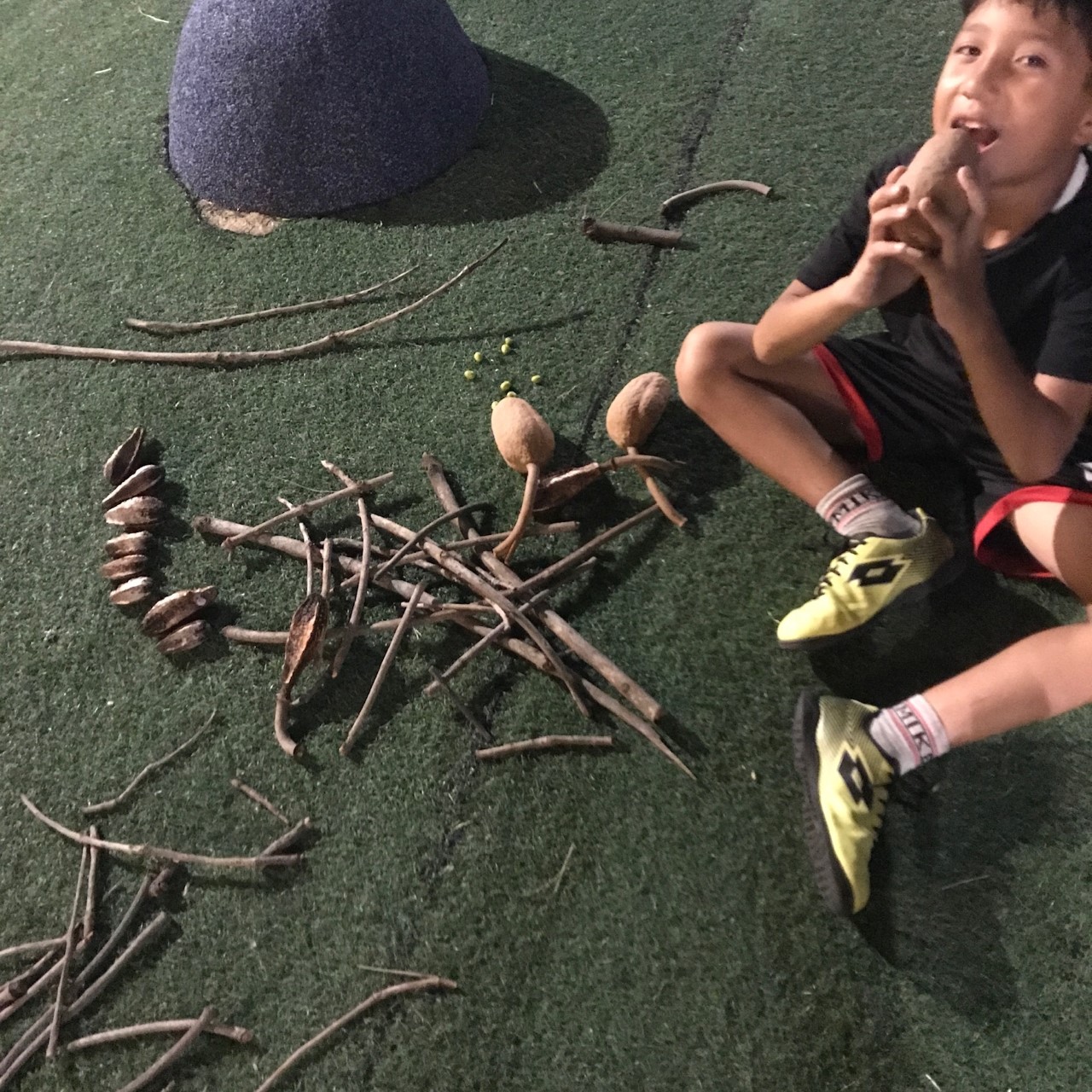 One evening there weren’t any other kids in the park, so he just pretended he was camping and made a campfire. As kids started showing up after dinner, they noticed this “campfire” and asked if they could join. After 30 minutes, they had a small makeshift campsite also selling “fruit” and BBQ meat.

My wife and I were discussing this behavior and we think it comes from the fact that he has been used to playing with other kids that he doesn’t know since he was young. He attended a large kindergarten and went to the park often to play with kids from other classes. Also attending an international church where he plays with new kids all the time, our son adjusts to meeting other kids very easily.

We notice other local kids are more hesitant and shy to play with others. But that’s just our observation, and younger kids often don’t have the same hesitation teenagers and adults might when meeting new friends. 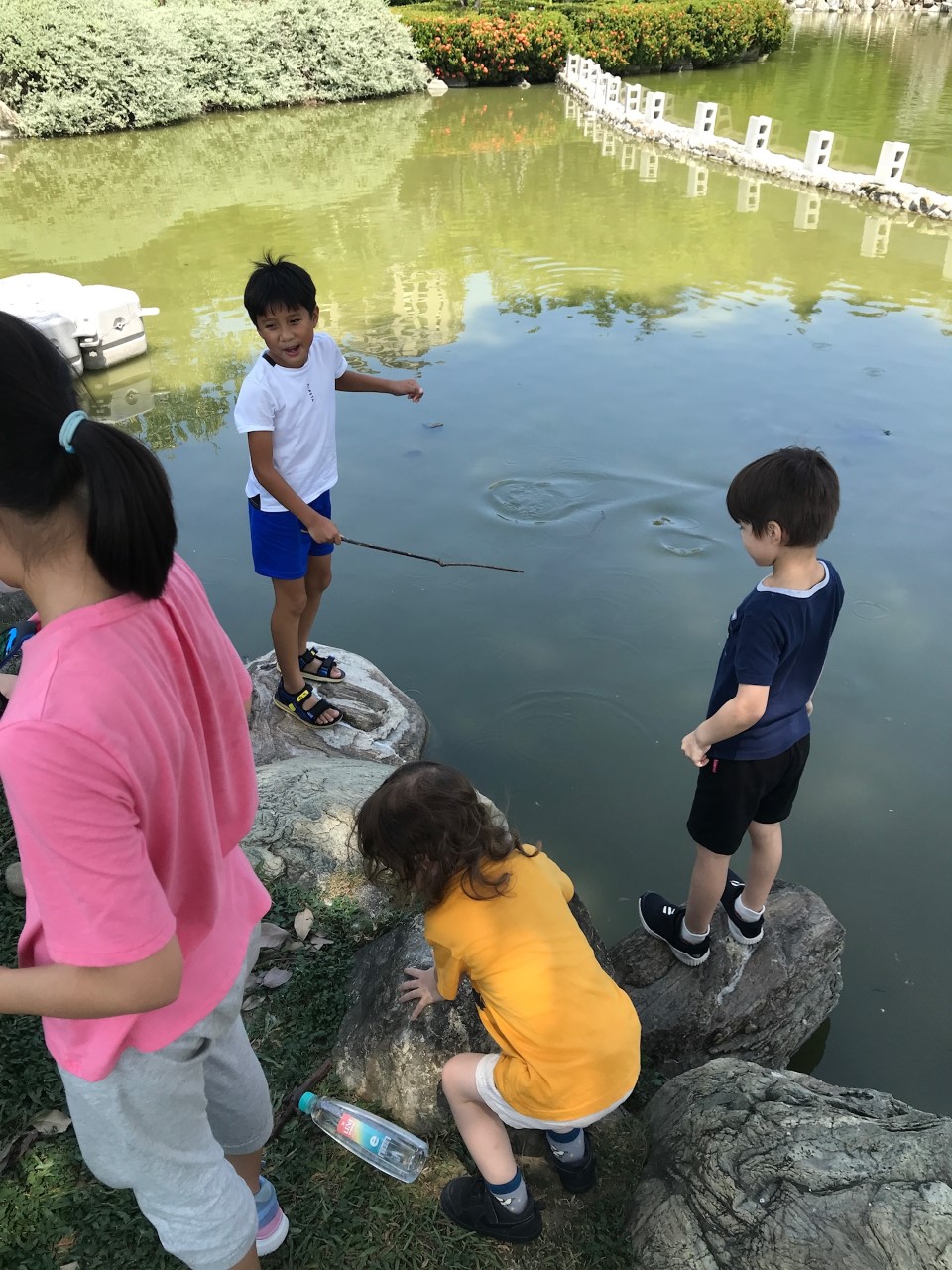 Playing on a Sports Team

If you ever wondered about a good place to find friends, then joining a sports team is certainly a great option! Being on a team, practicing, and playing sports builds character, confidence, and friendships.

Our son has been on a local school football (soccer) team for over a year. He has daily practice as well as regular games about once a month. During the summer and winter months, he also has school-led sports camps. He learns all kinds of things, good and bad! He picked up an interest in trading cards as well as getting his first experience with bad language (although that’s a subject for another time).

Playing on a sports team can get kids of different ages working together. Now as a second grader, our son gets to teach the first-graders skills. His team will also have scrimmage games with third-graders, so he builds his friendships with older and younger kids while playing sports.

Another opportunity for making friends is to join a co-op. We started a weekly co-op of our own for science class. At their age, they enjoy working together on the exciting experiments we do for about 30 minutes. Then we schedule at least 30 minutes to one hour of time for them to play after a lesson.

We see their friendships develop over time, and they are always looking forward to getting together. There are boys and girls in the co-op, and at first, they were not so interested in this kind of dynamic. But after a few classes together, they were all “fishing” and having fun together after class.

We live near many international families, and we also attend an international church that has a good number of missionary families. Our family usually makes friends with them since many of these families also homeschool.

Over the past year, a few families have left, but I noticed that our son is not as affected as I imagined. At the moment they say their goodbyes, it’s bittersweet. And then new friends come into our life. Our most recent friends had to go back to their home country for health reasons. But we agreed the kids will be pen pals. That’s something I haven’t experienced since I was a kid!

Another family decided to travel to Europe and do some worldschooling while they were awaiting their wife’s immigration papers from the USA to be processed. We got to witness their travels and my son seemed to have fun noting where they were traveling. He checked out the spots on his world map at his desk.

Now that we have this experience, we think it’s great to be able to adjust to friends coming and going. We’ve also learned how to stay in touch with old friends. That is just as important as making friends! As an adult, I could certainly do a better job of that as well.

So when you are homeschooling, there are plenty of ways to make friends of all ages and backgrounds, as well as ways to stay in touch with friends that move away. If you are like us, you may even find more chances to make and keep a friend than you will have time for!

A Florida native living in Asia since 1996, I am a father of three kids and have been working from home since 2020. Our family has embraced homeschooling as a new lifestyle that everyone learns from!

A Dad’s Perspective on Homeschooling | Ep. 90

7 Ways to Find Socialization for My Kids Q&A

Year 1 Takeaways: My Top 5 Challenges as a Homeschool Dad