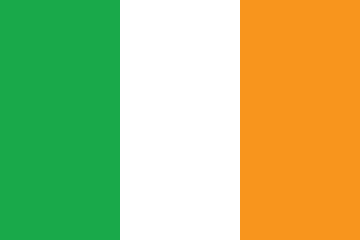 Article 42.2 of the Irish Constitution expressly protects the right to educate children at home in addition to the right to establish non-State schools. The main qualification on this is contained in Article 42.3.2°, which stipulates that “[t]he State shall, however, as guardian of the common good, require in view of actual conditions that the children receive a certain minimum education, moral, intellectual and social.”

Section 14 of the Education (Welfare) Act 2000 requires that a register be maintained of all children who are receiving education in a place other than a recognized school. Parents wishing to educate a child at home must apply to have the child registered; applications are assessed by the Education Welfare Board in light of the education being provided, the materials being used, and the time being spent in the provision of education, so as to determine whether the child is receiving a certain minimum education. The Board may make such registration conditional on complying with specified requirements or refuse to register the child; in cases of refusal, parents are then obliged under section 17 to cause the child to attend a recognized school.

The term “certain minimum education” is not defined either in the Constitution or (more curiously) in the 2000 Act. In O’Shiel, Ms. Justice Laffoy stated that the “certain minimum education” contemplated by Article 42.3.2° is a lower standard of education than the primary education which the State is obliged to provide for under Article 42.4. In DPP v Best (2000), Mrs. Justice Denham pointed out that since the Constitution is a living document to be construed in light of prevailing standards and conditions, the standard will vary from time to time. This is a view which is reinforced in Article 42.3.2° by the use of the phrase “in view of actual conditions”. Mrs. Justice Denham considered that this latter phrase encompassed such considerations as the primary school curriculum, the circumstances of the child and family involved in a given dispute and the circumstances of the community as a whole, including the general educational standard of the times. In this regard, the learned judge referred to the prevalence of computers in schools and society, thus giving rise to the possibility that a certain degree of computer literacy may come to be regarded as a component of the “certain minimum education” required by the Constitution. In relation to the actual standard of education contemplated by Article 42.3.2°, Mrs. Justice Denham stated that it must be “conductive to the child achieving intellectual and social development and not such as to place the child in a discriminatory position.” Mr. Justice Keane commented that it was not to be equated with the primary school curriculum, which was above the constitutional minimum.

A significant issue is whether or not the teaching of the Irish language constitutes an integral part of the certain minimum education. In Best, rather than holding that Irish is an essential element of the certain minimum education contemplated in Article 42.3.2°, or that the State is not entitled to require the teaching of Irish at all, the Supreme Court adopted a position somewhere in between these two black and white extremes. Mr. Justice Keane stated that “it would be going too far to say that its absence would, of itself, mean that the constitutional standard had not been reached, since that standard is to be determined in view of ‘actual conditions’ . . . But given the status of Irish as the first official language and the fact that a knowledge of it is a precondition to at least some forms of employment, it could not be said that its absence from a curriculum cannot be taken into account in determining whether the education of the child reaches the constitutional standard.” In that particular case, the absence of Irish language lessons, along with a general lack of structure in the curriculum, led to a determination that the children were not receiving the required “certain minimum education” at home.