Some of my favorite regular outings as a child were our family trips to the library. We would always return with an entire laundry basket filled primarily with picture books. Though my literary tastes eventually matured (culminating in a degree in literature), illustrated children's books were where my love of reading started. Even now, I enjoy collecting picture books and reading them with my children (occasionally without!). These books uniquely tell a story through both visual art and the written word, without either of which the result would not be the same.

Among the myriads of children's book authors, I've always had a list of favorites. Over the years, I've found the works of these particular authors still enjoyable to both myself and my children. Indeed, many works of the authors mentioned below are considered classics, but there are a few authors and some books that have become less recognized over time. In hopes of introducing you to a few treasures you don't already know, here is a list of my favorite picture-book authors and their works that helped inspire me to read.

Yes, Seuss is an obvious one; everyone has read The Cat in the Hat. But for me, Dr. Seuss was not just about the silly rhymes and curiously drawn creatures. Some of my favorites were regular fairytales: namely, The King's Stilts and the books featuring Bartholomew Cubbins. Others brought an interesting social/political commentary, such as The Butter Battle Book (on the Cold War), The Sneetches and Other Stories (on discrimination and prejudice), and  The Lorax (on conservationism). Even if I don't share all his opinions, Dr. Seuss certainly had a knack for creating insightful allegories and metaphors. 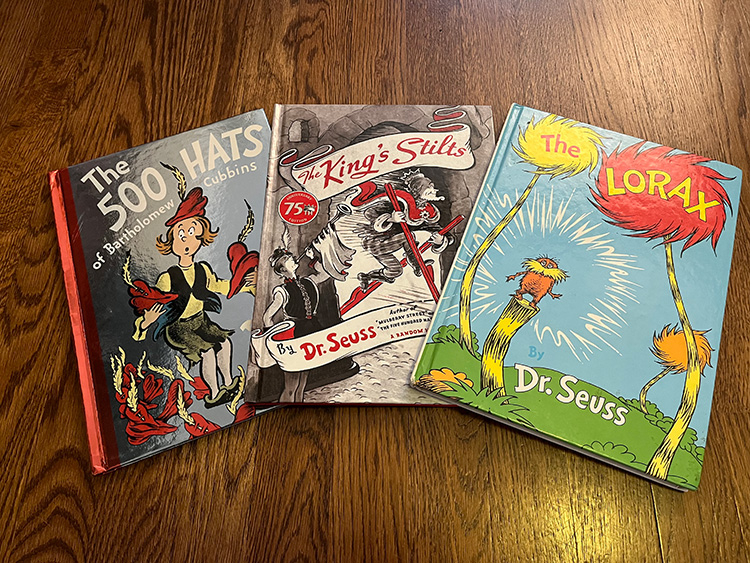 Most of you have probably heard of the Frog and Toad series, but I think Mouse Soup and Mouse Tales are my favorites. Lobel not only wrote and illustrated all these stories but also narrated them, resulting in several passages being permanently engraved on my memory (my siblings and I still quote them). Owl at Home and Grasshopper on the Road also hold special memories. Like Seuss with his early readers, Lobel had a talent for turning simple words into concise but enchanting stories, and his illustrations are a charming compliment to the text. 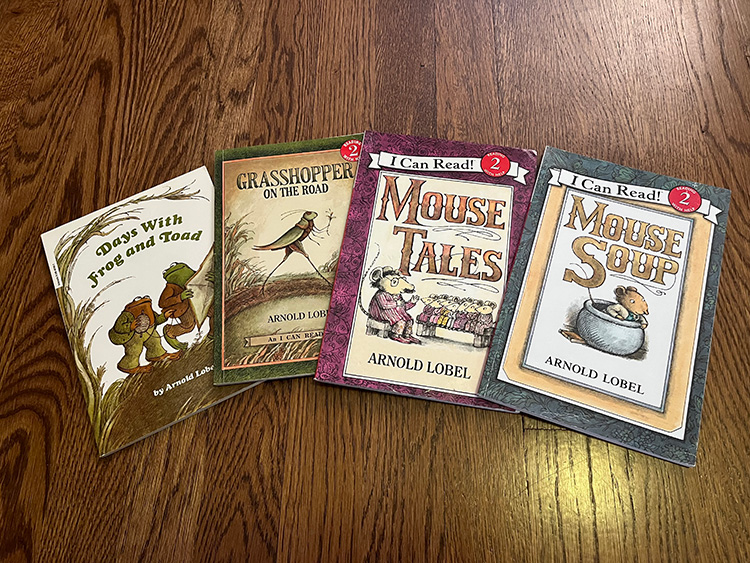 Steven Kellogg's works often involve legends and tall tales. He retold the stories of such characters as Johnny Appleseed, Paul Bunyan, and Pecos Bill, and imagined what it might be like to raise a Loch Ness Monster in The Mysterious Tadpole. His illustrations are as legendary as his tales, with elaborate detail packed into each picture. But his stories can also deal with the everyday realities of children, with such works as Much Bigger Than Martin (sibling rivalry), Can I Keep Him? (the classic question of young boys), and Best Friends (a test of two girls' friendship). 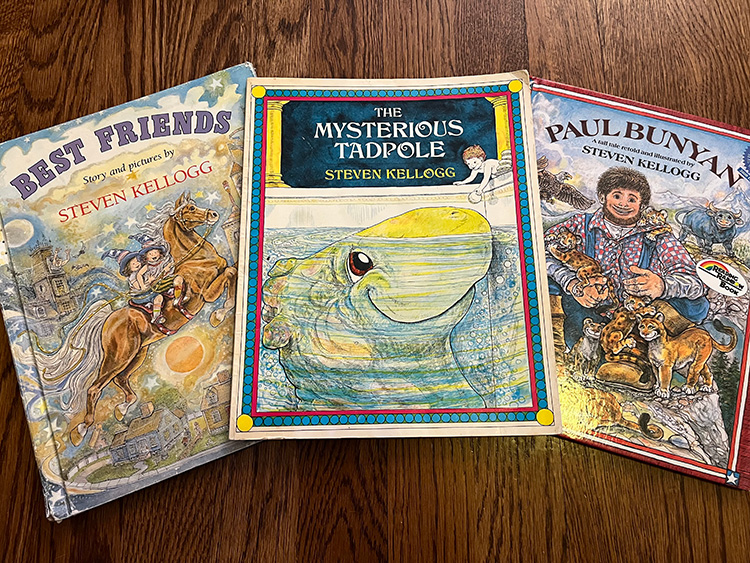 While the Max and Ruby series is Rosemary Wells' most famous, I am more familiar with her earlier works. These prove that Wells can draw much more than just bunnies, though all her illustrations have that characteristic cuteness. A few of my favorites include  Fritz and the Mess Fairy, in which a young badger learns the importance of cleaning up after himself; The Little Lame Prince, a fairy tale retold with a pig as the prince; and Peabody, a Toy Story–like tale about a teddy bear and a talking doll. Evident in all of these is Wells's talent for telling the story just as much through the expressive pictures as through the text.

Though best known for his George and Martha series, James Marshall became a favorite of mine through his books about a fox called . . . well, Fox. This series covers the escapades of the mischievous teenage Fox, but in wording accessible even to early readers. The conciseness of the text only adds to its wittiness, and when combined with his humorous illustrations, these books are laugh-out-loud funny. All Marshall's works are great examples of how an author can keep things simple and still be hilarious. 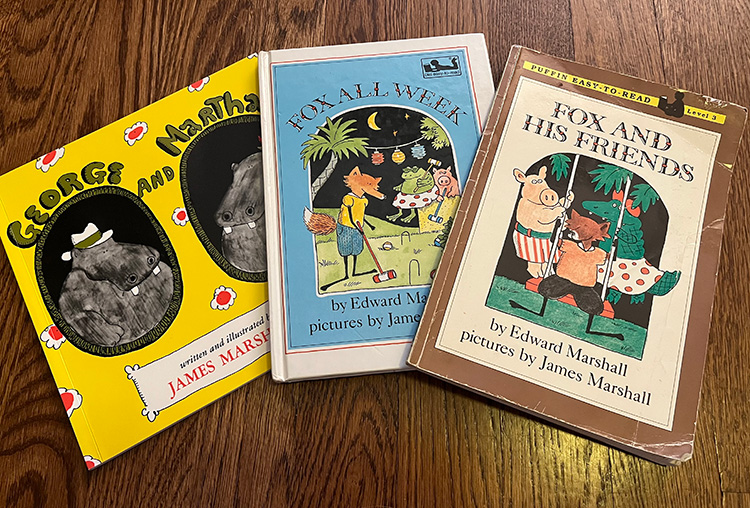 Another in the category of short-but-funny stories are the works of James Stevenson. Illustrated in a cartoonish style with word bubbles often adding to the text, Stevenson's books would absolutely not be the same without the pictures. Though he had multiple entertaining series, my favorite was the one in which Grandpa told hyperbolic tales about his childhood, like encountering ghastly creatures of the night in What's Under My Bed? or having a house filled to the brim with rainwater in  We Hate Rain. 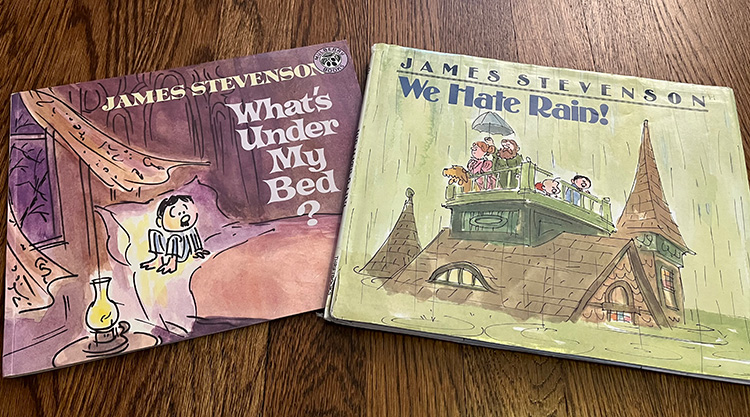 If you've never read the Frances series by the Hobans, you are missing out. Frances is the quintessence of an imaginative, tenacious little girl. From trouble getting to sleep in Bedtime for Frances, to picky eating in Bread and Jam for Frances, to “running away” from her family in A Baby Sister for Frances, these books contain both humor and advice applicable to many childhood dilemmas. Lillian Hoban later wrote and illustrated several other books worth exploring, such as her series about Arthur the Chimpanzee. 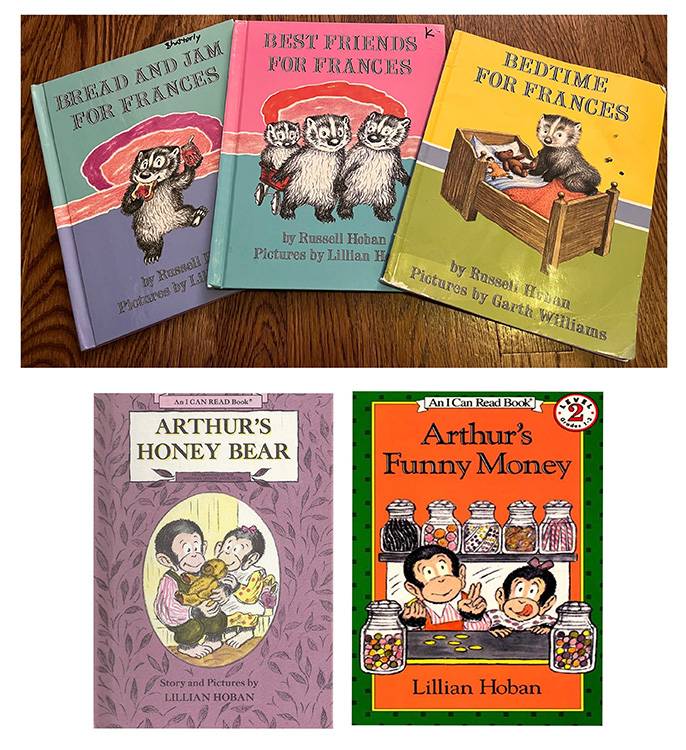 Never heard of Bill Peet? If you've watched old Disney cartoons like The Sword in the Stone, Sleeping Beauty, and 101 Dalmations, you may know his work better than you think. Peet worked with Disney as a writer and animator for over two decades before deciding to focus on a career in children's books. Whether in prose or verse, his stories are lively and fun, and his illustrations are beautiful. Some of my favorites are Kermit the Hermit, about a crab who finds pirate treasure and learns to be generous; Big Bad Bruce, about a bully of a bear who discovers what it's like to be the little guy; and Cowardly Clyde, about a knight's horse who takes on a troll and finds his courage. 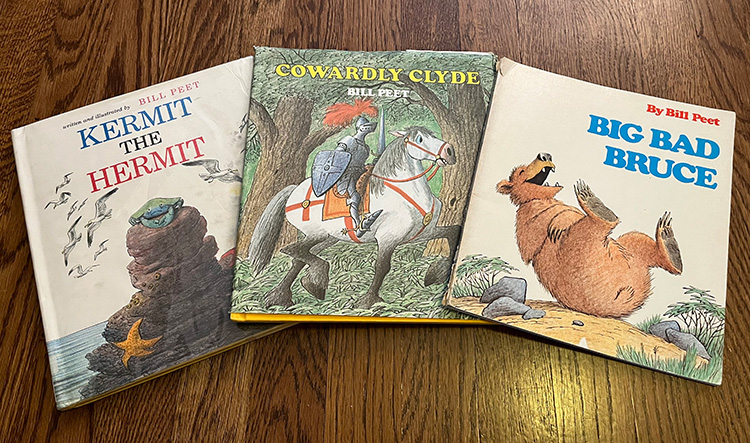 In close competition with Bill Peet for the top spot on my list is prolific author-illustrator Tomie dePaola. Having come from an Italian heritage, many of his better-known works are set in Italy, such as his Strega Nona series, The Mysterious Giant of Barletta, and Clown of God. But his books cover many other parts of the globe and times in history. The Bill and Pete series is set in modern-day Egypt, with witty tales about a crocodile schoolboy and his “toothbrush” (a bird). Little Grunt and the Big Egg is about a prehistoric boy and his pet dinosaur. The Knight and the Dragon, a medieval story, is nearly wordless (words only in the pictures) but still manages to teach a lesson through its humorous illustrations. There are also stories about Tomie himself as a child, such as The Art Lesson. Numerous others include retellings of folktales, legends, and even Bible stories; I have yet to find one that I have not enjoyed. 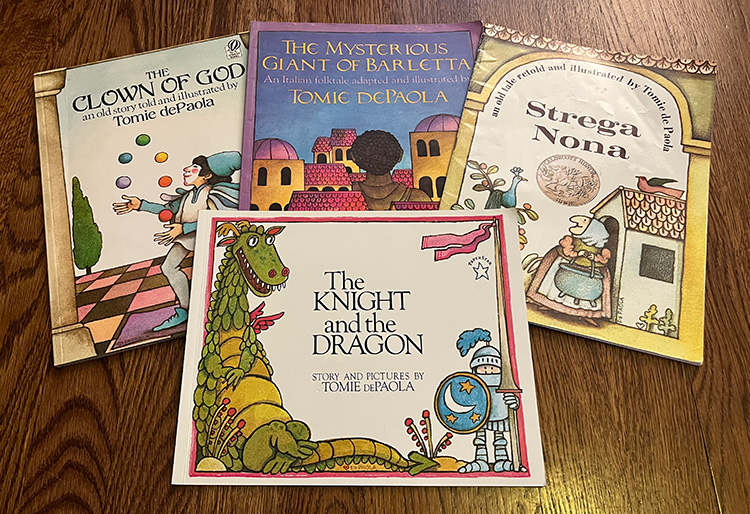 Now, off to the library!

6 Valentine's Day Books for Your Preschooler

16 Spring-Themed Read-Alouds for Little Ones