My earliest Fourth of July memory is a celebratory parade my family and I attended. While my brother and I stood on the sidelines and waved to everyone marching by, we caught candy thrown from the floats, saving it to eat later. After the parade, we grabbed slices of watermelon provided by our small town. With watermelon juice dribbling down our chins, we chatted with our neighbors of all ages and colors.

I remember, even as a four-year-old, feeling like this time of year was special. That our country was special. I remember being proud to be an American, my love for country ignited. It is this same feeling of patriotism and hope that I desire to instill in my children. These 10 resources are a great way to prepare for Fourth of July celebrations and spark patriotism in your own children. 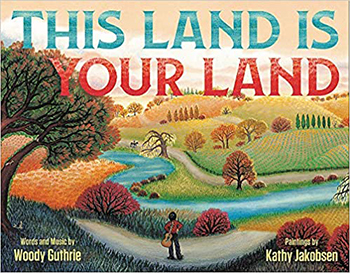 What are your favorite tools for instilling patriotism in your children?

Chelsea is raising two little women in the Shenandoah Valley. She has a passion for health and wellness, writes about the importance of local food, and loves being a preschool mom.