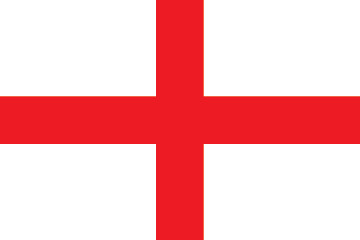 The profile of homeschooling has increased in recent years, and it has become enmeshed in some controversy due to demands for closer regulations to increase co-operation between the child protection and education functions of local government. The right to education is established through a series of overlapping duties and the principal duty of the parent, defined in Section 7 of the Education Act 1996, provides that the parent of every child of compulsory school age shall cause the child to receive efficient full-time education suitable:

(a) to his age, ability and aptitude, and

(b) to any special educational needs he may have, either by regular attendance at school or otherwise.

There has been relatively little case law on home education, but some clarification was provided in R. v Secretary of State for Education and Science ex parte Talmud Torah Machzikei Hadass School Trust (1985), which held that an “efficient education” is one that “achieves that which it sets out to achieve” and “a suitable education” is one that “primarily equips a child for life within the community of which he is a member, rather than the way of life of the country as a whole, as long as it does not foreclose the child’s options in later years to adopt some other form of life if he wishes to do so.”

As to enforcement, where the authority is of the opinion that the child is not receiving efficient education, the mechanism for enforcing this is to bring a criminal prosecution of the parent for failing to ensure attendance at school. There are hardly any reported cases on this and it seems that this enforcement power is seldom used. An exception can be found in Perry v Gwent County Council (1984) where, under the relevant regulations, the authority refused to remove the child’s name from the school roll despite the parent’s contention that the child was receiving a suitable full-time education at home. On an application for judicial review, the High Court declined to interfere with that decision (see also Oxfordshire County Council v J.L. (2010)).

Under section 436A  of the Education Act 2006, inserted by Education and Inspections Act 2006, local authorities have a duty to make arrangements to enable them to establish the identities of children in their area who are not receiving a suitable education. But, surprisingly, unless a parent withdraws their child from a school where he or she is a registered pupil, there is no obligation to inform the local authority that the child is being educated at home.

Parents are not required to follow the National Curriculum and there is no statutory obligation for local authorities to monitor the quality of home education on a routine basis. There is a statutory duty under section 437(1) of the Education Act 1996 to intervene when it appears that parents are not providing a suitable education, however it is difficult for authorities to gather the information they need to assess this. The important question of whether a local authority can demand to see the child to assess whether the child is in fact receiving efficient education seems to err on the side of parental autonomy.

This may change in the light of the Inquiry into the death of Khyra Ishaq who was removed from school by her mother and her mother’s boyfriend, allegedly to be home educated. Their reasoning was accepted by the local authority, and she was removed from the school roll and from any effective public oversight. Inquiries can and (according to the guidance) should be made of the parents to see if the education is effective, but there is no legal obligation on the part of parents to respond to such inquiries. The guidance states that “it would be sensible for them to do so”, but the meaning of this is hardly clear. One assumes that it must be referring to the likelihood that if the parents do not provide such information there may be a prima facie case that the education they are providing is not suitable under section 437(1) of the Education Act 1996.

Parents must assume the full cost of educating their child at home, but local authorities are encouraged by the guidance to offer a “consistent, reasonable and flexible” approach to providing support and resources to home educators.

This is a departmental guidance from the Department of Education and has been produced to assist local authorities in understanding their role in relation to elective home education in England.

A controversial Bill that threatened home educators on the Isle of Man with compulsory Government assessments has been abandoned.

The challenge and blessing of home educating children

Having homeschooled her two children from pre-school to the age of 18, Becky Penberthy-Smith knows all too well the challenges that millions of families are experiencing in homeschooling their children for the first time.

BBC news reports that the government is consulting on plans to launch a new register of children in England who are being educated at home.

Homeschooling Soars as Parents React to Cuts in the Classroom

A national newspaper in Scotland reports that increasing numbers of parents are teaching their children at home amid frustration over cuts to mainstream media.

Homeschoolers Enjoy Freedom in the United Kingdom—But for How Long?