Ok, I admit it. I probably wasn’t always the easiest child to parent.

Granted, I didn’t always necessarily try to make things difficult on purpose. It’s just seems like a pretty sure side effect from combining ¼ part independence, ¼ curiosity, and ¾ stubborn all wrapped up in the already stereotyped oldest child syndrome.

For a vignette, enter the time-out drama:

Now, I probably deserved having to sit there on the chair, and I don’t exactly remember what led to the warning, but it was to the effect that minutes would be added to my sentence if I didn’t behave well in time-out.

A few minutes later, my quick, experimental dart from the chair to “check the time” confirmed that the warning drew a line at leaving the chair.

A few more minutes passed. I peeked around. I stretched my feet as far as they could go. So far, so good. I returned my feet and scooted my bottom somewhat off the chair. Was that an exasperated sigh I heard? Still, no perceptibly immediate adverse side effects, and I felt rather smug with myself.

With my foot definitely still touching the chair, my bottom left the seat, and I felt the tantalizing victory of freedom—Anna!!!! The sentence lengthened, as did mom’s exasperation meter. She was clearly unimpressed.

I swear I successfully racked up 30 minutes or more (Mom is convinced it was never that long). But regardless, I made things . . . interesting.

Now, proceed to the early days of homeschooling.

Mom, being a type-A, detail-oriented, organized, first-time mother set out to make the perfect schedule with starting times neatly typed next to each subject. It was a beauty, and yet, somehow, there often emerged a cranky, irritated Anna along with a bucket-full of frustrated and “I’m a failure” mother tears.

I distinctly remember one somewhat contentious session spent working on addition or subtraction when I was 6 or 7. Mom sat close by watching to how I set about solving the worksheet problem:

Giving in to a sudden surge of annoyance, my hand zealously guarded my computing like I was adding the final ingredient to a secret recipe.

“Anna! I need to make sure you’re calculating from right to left.” She leaned in.

I swooped under the table, pulling my workbook with me to hurriedly and secretively finish calculating (yes, from right to left) away from watching eyes.

It didn’t matter that I got the right answer. It was supposed to be the right answer in the right way. Which I had technically done, but not for viewing pleasure. (Did I mention I was stubborn?) By the end, we were both tired and mutually annoyed.

(Don’t worry, this has a happy ending.)

The significant change came some point after we moved to Changsha, China and my parents started teaching English at a college part-time.

When I was probably around 9, Mom called me over and placed a tissue box cut in half in front of me—one side holding several index cards labeled “To do.” The other side, empty, was titled “Done.”

I sat down, intrigued.

She picked up the index cards and laid them out on the table. On one side she’d written a subject like “Math,” “History,” or “Writing.” The other side showed a book name and page numbers.

“It’s your job to make sure all these index cards move from the ‘to do’ box to the ‘completed’ box by the end of the day,” she explained.

Being the avid reader that I was, I could complete several projects on my own. Some would require her help, but it was up to me to budget time and figure out the order I wanted to complete them in. At the end of the day, she would check my work.

“Does this make sense?” It sure did.

I was excited! As a visual learner, I appreciated seeing the projects represented by index cards moving from one pile to the other. My flexible, yet goal-oriented, list-checking, independent working mentality sparked to life. In addition, by giving me responsibility, mom showed she trusted me (bonus points to an oldest child.)

Then, my competitive streak whispered to me, “You might be able to get almost everything done before she even gets home.” Since mom was now away some mornings teaching English classes at the Chinese college, I had several hours to focus and surprise her when she got home.

“Can I work ahead so that tomorrow’s ‘to-do’ pile is smaller?” I asked hopefully.

Yes, yes I could.

Ooooh—Never had I been so motivated! The days of chronic foot-dragging, mini-rebellions, and whining were at an end (Ok, but it helped!).

And that’s the strategy we followed throughout my homeschool years—even throughout highschool. I graduated from index cards to a regular schedule/check-list with rough guidelines on when to complete things during the day or week (mom couldn’t help herself), but with the general agreement that timing was ultimately up to me, it worked. I could rush ahead on some subjects and take longer on others.

When ordering books and creating the schedule, Mom asked my input for what subjects I wanted to learn more about (languages, history, and music), and she assigned them. She helped when I needed it or let me research the answer on my own.

I became an avid learner, seeking to go above and beyond mom’s checklist, secretly enjoying beating those goals and surprising her. Eventually, she granted access to the answer key, so I could check my own work, learn from my mistakes, and save her time.

I wish I could say that mom’s strategizing days were over, and that this plan worked for my younger brothers, but for them, a ring of the phone or a knock at the door, meant a swift exit, leaving papers swirling in their wake. In their mind: Mom’s attention diverted = the golden opportunity for another recess.

Once again, my mom had to flex the flexibility muscle and re-strategize. Turns out, a more organized, step-by-step, hovering teaching style ended up being what they needed to stay on task.

But, “All’s well that ends well,” as they say.  A moral of the story: Little changes to your homeschool can make all the difference! Also, if you have a challenging child, they’ll probably turn out all right. I like to think so 😉 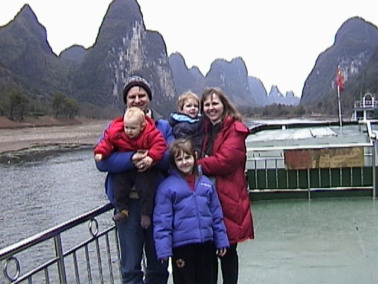 Anna is HSLDA’s Social Media Specialist. A graduate from Patrick Henry College, she majored in Classical Liberal Arts with a minor in History. In her off-time, when she is not reading or working on various craft projects, she can often be found daydreaming about Montana mountains and new places to visit.