My relationship with Mike Smith is in its 40th year. We met in Sacramento, California, at a homeschool conference in 1982. He was a lawyer in Santa Monica while I was a lawyer in Olympia, Washington.

We had both been introduced to the idea of homeschooling through the work of Dr. Raymond Moore, who was running the conference we were attending.

At that meeting, I shared the idea of HSLDA with Mike. He was immediately enthusiastic, saying, “That’s a great idea. I wish I thought of it.” There and then, we agreed to work together to defend homeschooling freedom. 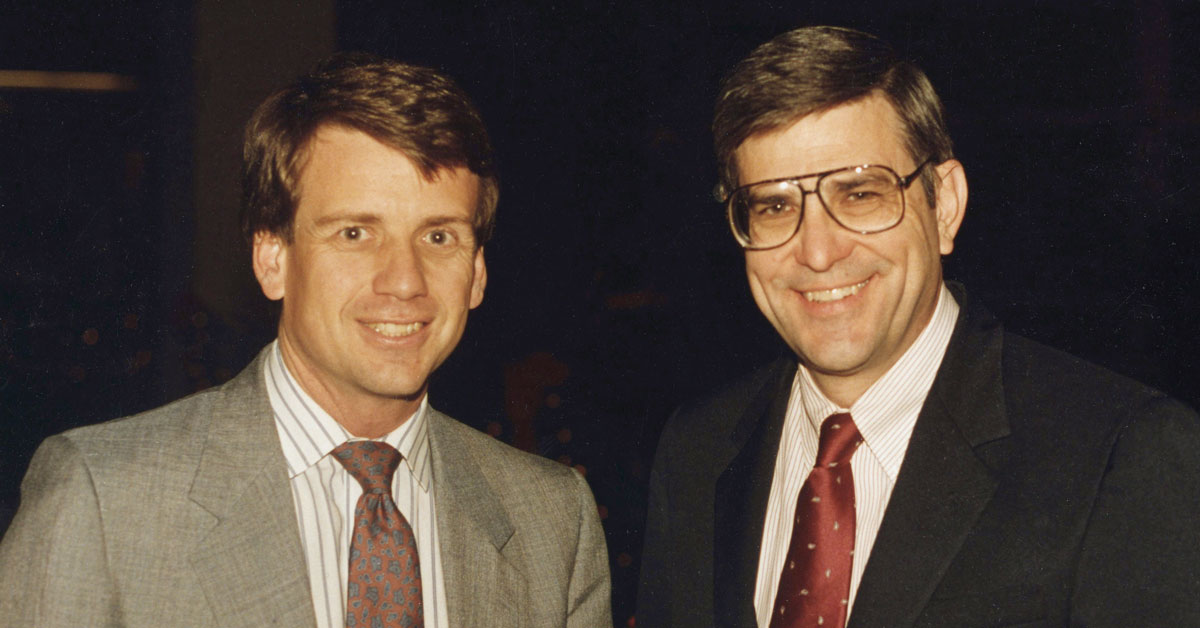 Back in 1983, Mike Farris and Mike Smith started HSLDA—and ever since, they’ve worked together as a team to strengthen parents’ freedom to homeschool and direct their children’s education.

A few months later, in March 1983, we formed HSLDA. The original board was composed of Mike Smith and his wife, Elizabeth, along with my wife, Vickie, and me.

Mike was the steady, faithful hand at HSLDA. I tended to develop “side” projects over the years—such as running for lieutenant governor of Virginia in 1993 and starting Patrick Henry College in 2000. What gave me the confidence that I could undertake these other ventures without sacrificing the needs of the members and staff of HSLDA was the mature, godly leadership of J. Michael Smith. 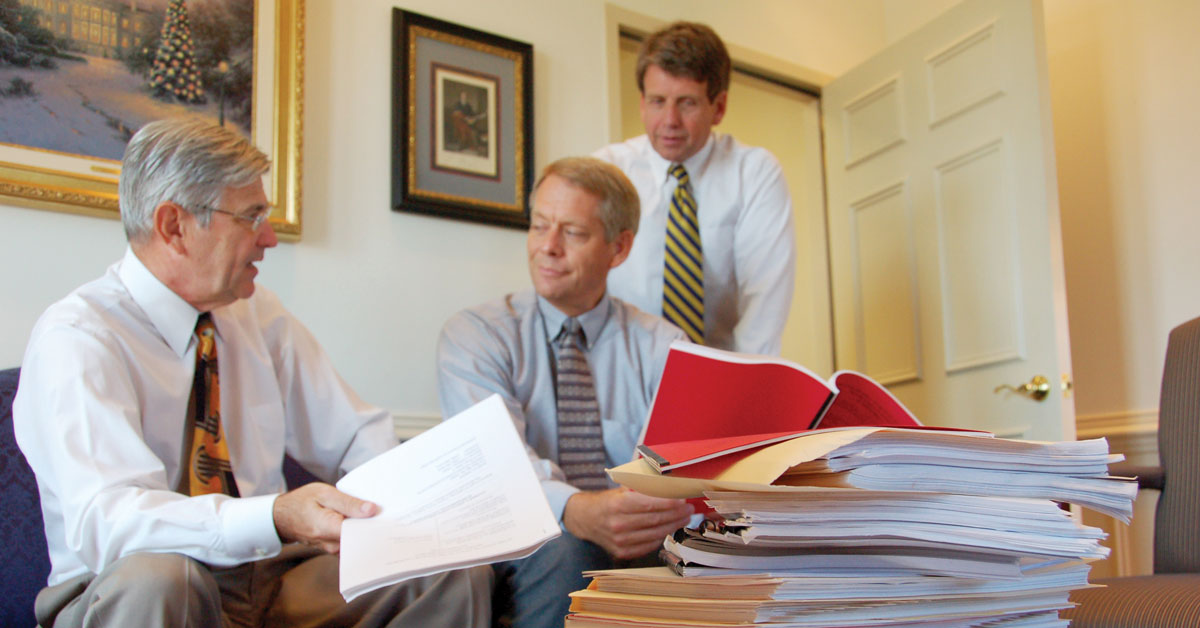 Rising to the challenge in 2008, Mike Smith, Jim Mason, and Mike Farris dig through California’s legislative history and legal precedents, building a powerful defense in the the In re Jonathan L. case.

Mike was focused, and his interest, commitment, and love for the homeschool movement and our organization ran very deep. Of particular note was his genuine concern and tangible love for every “co-laborer” (Mike’s favorite term) at HSLDA. He never demanded loyalty from the team. He earned loyalty by exhibiting true concern and unfettered love for each person.

Anyone who spends more than 15 minutes with Mike Smith knows that he is genuinely funny. I will never forget when we were in Iowa one time for an Iowa Supreme Court hearing. Noticing there was a seniors’ convention (I think for bowling leagues) at our hotel, Mike quipped that the “average age of the people in that league was ‘dead.’”

Mike never tired of doing the day-to-day work needed to defend individual member families. Long after he had become president of the organization, when others would normally focus solely on leadership activities, I would hear him in his office talking with a mom or dad from California who needed immediate legal counsel. That innate humility is one of the things that makes Mike so much like the man described in my favorite Bible verse, Micah 6:8.

Michael Farris is board chairman of HSLDA and chancellor emeritus of Patrick Henry College. He was the founding president of each organization, and currently serves as the president and CEO of Alliance Defending Freedom.