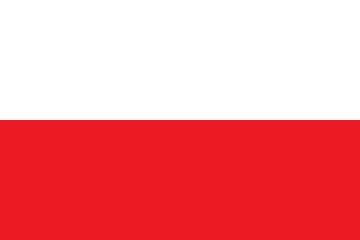 According to the Ministry of National Education, there are 13,955 homeschools in Poland

Homeschooling is legal. Article 37 (Parts 1-8) of the Polish Educational Law Act states that parents may apply for permission to homeschool from a public or non-public school director within the region the family lives in. Articles 37, 40.3, and 41.1.1 also enumerate the general conditions for homeschooling, including the requirement of presenting an opinion by the regional public psychological-educational consultancy office, along with some other documents, to the director.

Although the constitution of Poland guarantees the right of parents to choose non-public schools for their children, the Act also limits freedom. Article 37, point 1 stipulates that the director has the right to allow a child to fulfill the kindergarten duty (for children at the age of 6–7), school duty (7–15) or educational duty (15–18) outside of school or kindergarten, respectively. Such a child (excluding the child in kindergarten age) can receive school yearly and final certificates after having passed the appropriate exams of this particular school (if not count the common exams at the end of primary and secondary schools).

This regulation might generate two types of problems for the homeschoolers: first, they have to pass exams once a year, while other pupils who are enrolled do not, and second, the lack of detailed regulations allows the headmaster to arbitrarily set his own rules. On the other hand, the headmaster makes his decision to approve a family's decision to homeschool only once at the beginning of the homeschooling (and for the rest of the given schooling cycle). The director is also unable to interfere in the teaching process.

The authorization for homeschooling may be withdrawn at the request of parents, or if the child did not attempt to pass the exam or failed it.

According to the official data of the Ministry of Education (September 2018) today there are about fourteen thousand homeschoolers (in absolute numbers) in Poland; some 0.3% of the total number of students there. Only a few families in that count are of foreign origins—including some refugees from neighboring countries where homeschooling is illegal.

Through the Eyes of A Father