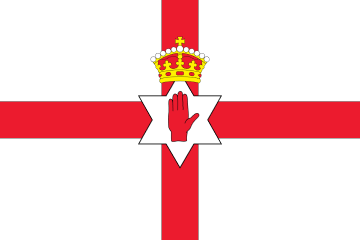 In Northern Ireland, compulsory age starts in the September of the school year after the 4th birthday. If your child's birthday falls between July 2nd and August 31st, they will not need to start schooling until the following September. If the child turns 16 between September 1 and July 1, they no longer fall under compulsory age and can stop on June 30th of that year. If the child turns 16 between July 2nd and August 31st, they still fall under compulsory attendance until June 30th of the following year.

Parents are under an obligation to secure their child’s education by “regular school attendance or otherwise.” The inclusion of the phrase “or otherwise” leaves open the possibility that a parent might educate his or her child either at home or in a school setting which does not have official recognition. If parents opt to educate a child at home, they must still satisfy the ELB that the child is receiving “efficient full-time education suitable to his age ability and aptitude and to any special educational needs he may have”. Parents do not have to prove that the education their child is receiving is equivalent to or as good as that which they would receive at school. The onus is simply to show that it is “suitable”.

The legislation does not specify the procedure which must be followed in determining whether the child is receiving a suitable education. However, an ELB cannot assume that a failure to register at school is in itself a failure to provide a suitable education. If the ELB has doubts about the suitability of the child’s education, it must investigate the education being provided fairly. In particular, the ELB should let the parent know of the particular issues causing concern so that the parent has an opportunity of both making representations and of taking measures to deal with the areas of concern. If a parent is successful in satisfying the ELB that the child is receiving a satisfactory education, then the parent is required to continue to satisfy the ELB of the suitability of the education at intervals of not less than 12 months.