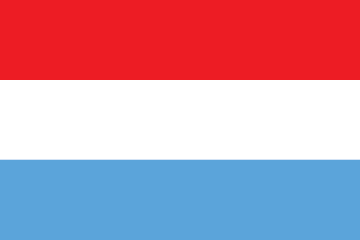 Although the law requires children to be schooled between the ages of four and sixteen, there is currently no governing body that systematically oversees education outside established schools on the secondary level. Therefore, once the child reaches secondary school age (12), the parents should be prepared to prove they fulfill the minor’s right to education.

Homeschooling is overseen by regional school inspectors. It is legal to homeschool for primary school if the inspector gives their authorization. Although the inspector must have a legal reason not to grant authorization, they can later withdraw their authorization if they feel the child’s homeschooling education does not meet government standards. In case of refusal, parents have recourse if they can prove the education they provide their child is compliant with the law.

While parents may turn to homeschooling for a variety of reasons, like long-term medical conditions or differing philosophical or religious beliefs, the primary consideration should always be the "best interest" of the child. Of course, this can lead to debate between homeschoolers and the government. Supported by legal and empirical arguments, so far, all differences of opinion have been able to be worked out through communication and cooperation with the authorities.

Luxembourg’s linguistic diversity complicates local educational options. As language plays such an important role in integration—particularly among children, who learn languages more easily—the government is wary of allowing foreigners to homeschool in languages other than the three official languages: Luxembourgish, German, and French. Some English-speakers coming to work in Luxembourg have found no educational alternative for their children except homeschooling. Expatriates living in Luxembourg for a short and/or defined period can homeschool relatively easily, yet the language requirements prove to be a difficult hurdle for long-term English-speaking residents wishing to homeschool their children. Because of the increased demand for education provided in French and English, the government has recently opened several new public schools which provide instruction in English, French, and German. Unfortunately, even with the new schools, the demand still exceeds the number of spaces available.

Since 2016, a new law has been in the works to more closely regulate home education at the primary and secondary level. Specially trained "open-minded" inspectors would oversee controlling the learning environment. While parents will most likely have to explain and defend their pedagogical approach, hopefully more flexibility and pedagogical freedom with the curriculum will be legally granted. Approaches could also include self-directed learning, where the child takes the initiative and responsibility for his own education. More support should be allocated to help students with special needs. Possibilities should be offered to bridge the gap for homeschooled students wishing to take exams and reintegrate into a traditional school system.