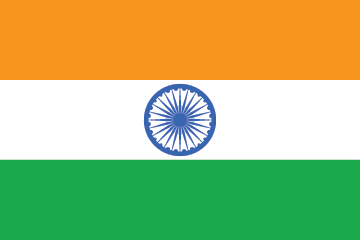 Homeschooling is not widespread in India, but it has been gaining importance in recent years in metropolitan areas, especially Bangalore, Pune, and Mumbai. At present, homeschooling is not regulated by any of the government authorities. As a result, homeschoolers do not have to be registered with any of the present government agencies or authorities. Homeschoolers usually follow the CBSEC curriculum or curriculum of their respective states. Children who are homeschooled can appear for board examination conducted by NIOS (National Institute of Open Schooling) after the age of 14 years, or for the IGCSE (International General Certificate of Secondary Education) examination, which is an internationally recognized qualification for secondary students.

With the advent of the Right of Children to Free and Compulsory Education Act, 2009, there has been rising confusion among homeschooling parents. According to Vinod Raina, who was closely associated with formulating the law, it emphasizes infrastructure, teacher qualification, and government recognition, and all schools are required to comply with all these three conditions. Since the RTE Act does not include homeschooling in one of the definitions of “school,” this implies that homeschooling would not be recognized by the government.

Homeschoolers had a feeling that RTE Act infringed on their freedom to choose the mode of education. As a result, homeschoolers demanded amendment of the act in order to accommodate homeschooling as a one of the approved modes of education. In response to the agitation of the homeschooling parents, the HRD minister, Mr. Kapil Sibbal, clarified the ministry’s position on homeschooling in an interview with Times of India in late 2010, “The Right of Children to Free and Compulsory Education (RTE) Act, 2009 wants every child to be in school, but if somebody decides not to send his/her children to school, we are not going to interfere. The compulsion is on the state, not on the parents. Parents are free not to send their children to school but teach them at home. We cannot be micromanaging.”

Why Parents are Choosing to Unschool Their Children (Financial Express)

Tired of the conformist educational code in the country, some parents are now taking the path less traveled and choosing to homeschool—and even unschool their children.

The Times of India recounts how homeschool parents are forming groups to share education resources and provide support.

Parents of Homeschooling Kids Demand Board for Accreditation (Times of India)

Parents homeschooling their children are seeking a means of accreditation and support groups.

Ramchandra Kishor Apte from Maniram Home School is one of the four Indian students to represent the country in International Olympiad in Informatics (IOI) 2018.