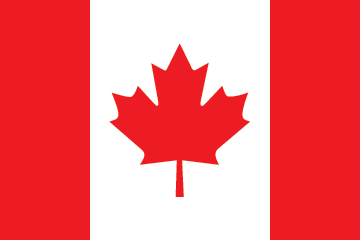 Depending on the province or territory, children may start at the age of 5 or 6 and continue until they are between 16 and 18.

As noted earlier, home education in all Canadian jurisdictions satisfies compulsory education requirements. Yet while the right for parents to choose to home educate their children has been protected since confederation, the regulatory framework within which home education has been delivered in Canada has varied over time and across educational jurisdictions.

As in most Western countries, the first phase of modern era Canadian homeschooling was initiated by critics who questioned the correspondence between the institutional processes of schooling and the child’s natural approaches to learning. Legal provision for the freedom to home educate, however, implied neither general awareness of the practice nor accessible expertise to support the practice. This first phase of modern homeschooling in Canada—protected by residual regulation from pioneer times—was often met with attempts to either shut down individual instances of the practice, naively subject the practice to hostile interrogation, either formally or informally, or simply marginalize the practice by regarding it as a curiosity.

The second phase of homeschooling in Canada begun in the early 1980s and lasting to the mid-1990s, resulting in a comparative explosion of adherents. Homeschooling families were often dealt with by the authorities on a case by case basis, their treatment ranging from lenient to invasive. Even where provincial policies existed, application of the policies varied board by board. A festering discontent emerged over the prevalence of unevenly applied, vague laws and policies, which resulted in many families hesitating to declare their status and be counted in official statistics. The variation in accountability measures during this phase—many of which resulted in provincial inquiries and several of which moved into the courts—could not be sustained. Combined with the increasing numbers of students that had to be somehow incorporated into the educational framework, Ministries became more invitational in their approach to homeschooling.

In contrast to the two earlier phases, the current third phase of home education in Canada is marked by normalization of the practice. From the mid- to late 1990s until the present, not only were regulations and policies standardized within each province, but the aura of suspicion surrounding the practice in many provinces began to lift. Ministries conveyed an authentic desire to record how many and which families were home educating, and in some jurisdictions—especially the western provinces—to offer practical financial and/or resource support towards its success. An atmosphere of freedom and trust began to surround the practice as a new phase of long-term reporting and standardized regulation came into place in most jurisdictions.

The process of normalization has primarily moved from west to east, with Quebec and Newfoundland and Labrador remaining anomalies as both jurisdictions continue to evidence an inhospitable disposition towards home education.

In the four most western provinces, regulatory changes occurred in the late 1990s and early 2000s—and since then some have been further updated—resulting in each province’s legislation not only mentioning home education in some form, but in several also providing separate detailed regulation of the practice. For example, in Ontario a 2002 Ministry of Education Policy Program Memorandum ushered in a new era of official accommodation toward home education, as did a 2003 section added to the Prince Edward Island Education Act.

Smith (1996) discusses how homeschooling was first “recognized as an acceptable educational option within the education acts of Saskatchewan, Alberta, British Columbia, and Yukon Territory”, with other jurisdictions simply allowing exemption from compulsory public school attendance where a child was under “efficient”, “equivalent”, “satisfactory”, or “adequate” instruction at home or elsewhere.

Although they allowed for it, the statutes in those provinces did not then make specific reference to homeschooling. But over the past 15 years or so, notable changes have been made. Twelve provinces and territories now specifically recognize the option of homeschooling (by some similar name) within their statutes. Four distinctive labels are used in the respective Education or School Acts to describe the practice: “home education/home education program” (British Columbia, Alberta, Nova Scotia, Prince Edward Island, Yukon Territory), “home-based education” (Saskatchewan), “home school/ home schooling/homeschooled/home schooling program” (British Columbia, Manitoba, Quebec, Northwest Territories and Nunavut Territory), and “home instruction” (Newfoundland).

These Education or School Acts not only specifically name the practice, but include varying amounts of detail on its governance. Only in Ontario and New Brunswick is the practice not recognized in legislation. These two jurisdictions simply allow for the fulfillment of compulsory attendance requirements by a student being under either “satisfactory” or “effective” instruction “elsewhere”, with additional policy documents in these two provinces completing the specifications.

Provinces and Territories with Specific Regulations

The gradual recognition of homeschooling in the governing education legislation of all but two of Canada’s provinces and territories effectively entrenches this educational option as a legitimate choice. Furthermore, a growing number of jurisdictions have developed regulations governing the practice of home education. In general, these regulations cover such issues as the responsibilities of the various parties, the notification process, and assessment and funding arrangements, where applicable, thus increasing official recognition of the practice. In short, the practice is increasingly regarded as acceptable and is less frequently viewed with suspicion.

Canada is one of only three nations—the others being the United States of America and South Africa—that hosts a privately funded organization with full-time lawyers on staff that serves the legal needs of home educators. Such organizations not only contribute to the protection and standardization of the practice of home education, they serve educative and support functions that contribute to the legitimization and maturation of this relatively new form of education.

The above contribution was edited by Megen L. Zelinka, Barrister & Solicitor

Where Our Students Are Educated: Measuring Student Enrollment in Canada 2017