In what advocates hope will be an influential move, the legislative assembly of Brasilia, the capital city of Brazil, passed a law explicitly recognizing home education as an alternative to compulsory school attendance.

Brasilia became the third city in South America’s largest nation to pass a law explicitly recognizing homeschooling. It is hoped that this recognition will accelerate passage of a bill by the Federal Congress for the whole country.

The law sets forth that “home education, as an internationally recognized human right, is governed by the principles of educational freedom and pedagogical pluralism.”

Since a 2018 Supreme Court decision that left the status of homeschooling vague, advocates have hoped that the Brazilian Federal Congress would act. 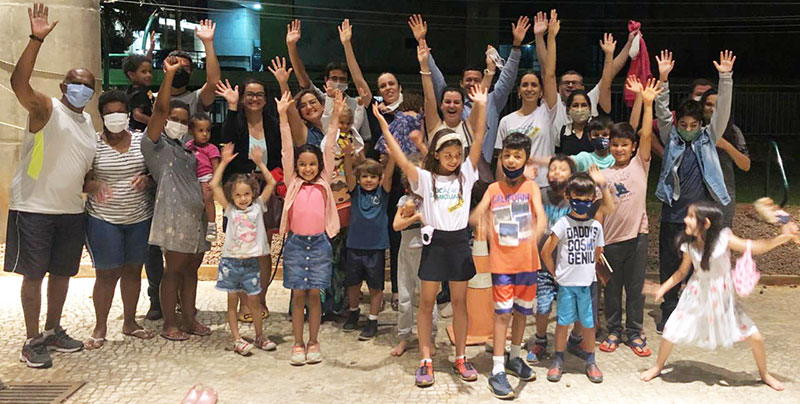 Brazil’s President, Jair Bolsonaro, has made the recognition of home education as a fully legal alternative to school attendance one of his top priorities. Senior ministers have actively worked to advance legislation that would apply for the entire country. Although numerous bills have been proposed since the court ruling, the process has moved slowly.

However, senior members of Bolsonaro’s administration have made statements in favor of homeschooling.

Both the ministers of education and of human rights have called on the Federal Congress to act so that all Brazilians can legally choose home education. National secretaries Alexandre Moreira and Angela Gandra spoke at the Global Home Education Conference in favor of making homeschooling freely available in Brazil—and everywhere else—because, as they said, it is a human right.

Vinicius Reis, a board member of ANED, a national homeschool association, coordinated a letter signed by 100 civil society organizations.

“We are excited and thankful to God for this victory,” he said. “This is an important step in our fight to make homeschooling a reality for all of Brazil. We are working very hard with the Federal Congress to support the passage of a law for the whole country. We are grateful for the example of our friends in America who have encouraged us and supported us!”

The letter, in Portuguese, can be seen here.

The letter observes that “homeschooling is already guaranteed by the majority (85%) of [Organization for Economic Co-operation and Development] member countries and makes up the ‘Educational Freedom Index,’ which is calculated by OIDEL [International Organization for the Development of Freedom of Education] calculating that that the greater the freedom the better the result in PISA.” PISA is an internationally known system of ranking the education systems of countries.

Brazil’s international influence and growing acceptance of homeschooling is important to the global homeschooling movement. Many countries will look to Brazil for an example of how a developing country can embrace educational freedom to include homeschooling as a good practice in educational regulation.

HSLDA supports the work of ANED and other national associations and has been a founding supporting organization of Global Home Education Exchange, which works to support homeschooling freedom around the world. The fourth global conference was recently held online, and sessions can be seen for free at www.ghex.world. Senior government leaders from Brazil, Russia, and the United States participated in the conference, including US Senators Ted Cruz and Josh Hawley.