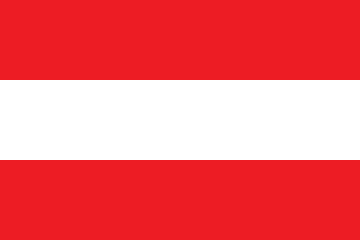 6–15 (Compulsory schooling starts on September 1st following the child’s sixth birthday and lasts 9 years according to Schulpflichgesetz 1985. After compulsory schooling there is compulsory education until age 18. This can be fulfilled by secondary schooling or apprenticeship; see Ausbildungspflichtgesetz 2016. This means there are two different terms and two different laws to cover the age period of 6–18. Homeschooling is only considered an option during ages 6–15.

The compulsory schooling obligation may be met not only by attending a school, but also by receiving equivalent instruction such as homeschooling. Homeschooling is legal and regulated by the Austrian government at the local level in the Compulsory Education Act of 1985. Private schools must be “at least equivalent” to the public school, which is evaluated through their students ‘examination at a public school at the end of each year, unless a private school is endowed with the right to examine in its own right. Parents do not need any special qualifications to instruct their children at home. The right to instruction at home is provided by the Constitution (Staatsgrundgesetz from 1867, Article 17), which safeguards parents’ right to teach their children who are of school age at home instead of sending them to a private or public sector school.

Parents must inform the Bildungsdirektion (educational head office for every Austrian state) at the beginning of July (beginning over the summer holiday) before the start of the school year in September of their intent to homeschool. Before the end of the school year, a mandatory "reflection talk" is required between the school and the family. It should be noted, however, that public authorities have the right to insist that the education provided by homeschooling be equivalent to (though not identical to) that provided in public schools. A school board may prohibit a family’s right to homeschool only if the home school instruction is not “equivalent” to the education provided in public schools. If a family's decision to homeschool is prohibited, it is possible to appeal the decision of the district school board and go before the Bildungsdirektion. As proof of equivalence homeschoolers must take annual exams in all major school subjects to demonstrate that their knowledge meets the state curriculum requirements.

The above text and information was provided by Maria C. Schwenk, who holds a degree in law, linguistics (cognitive science), and American studies. She studied at the University of Tübingen, Germany, and at Harvard University, Cambridge, Massachusetts. She is active at the Netzwerk der Freilerner in Austria and Auke Boersma, Bildung zu Hause Österreich.