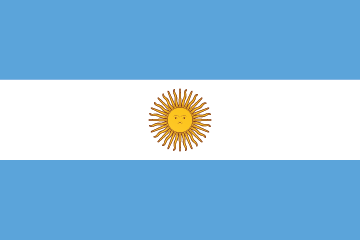 4 to completion of secondary study (regardless of age)

Not illegal, but not specified by law. In Argentina, home education is not expressly forbidden, which is why it is not illegal. Nor is the practice regulated by a specific law (as in other countries). A situation of "allegality" is found.

Those who practice home education are covered by Art. 14 of the National Constitution, which recognizes the rights of all inhabitants to teach and learn.

The National Education Law (No. 26.206) regulates the exercise of the constitutional rights to teach and learn, placing the State as guarantor of the right to education in accordance with the provisions of Article 75,19 CN 5) and different International Treaties of which Argentina is a signatory. It also provides that the family is the "natural and primary agent" in the education of children and recognizes the right of parents to choose an educational institution that responds to their philosophical, ethical, or religious convictions, according to International Treaties. Also, the current Civil Code of Argentina determines in Article 646, C that the duties of the parents include "respect[ing] the right of children and adolescents to be heard and to participate in their educational process, as well as in everything related to their personal rights".

However, it is the same law that establishes the obligation of mothers and fathers to ensure the concurrence of children in school establishments for the fulfillment of schooling.

Faced with this legal tension between National Education Law (No. 26,206) and the National Constitution (in addition to international treaties), those who carry out processes of "education without school" usually rely on the prevailing provisions of the Constitution regarding the primary role of parents and the family. In addition, there are mechanisms of "alternative schooling" provided by the formal education system that allows accrediting formal knowledge to those who do not attend school regularly. The figure of "free student" is present in several districts of Argentina, like the City of Buenos Aires, Rio Negro province, Córdoba province, and others.

In practice, most of the families who home educate are recognized as doing such and are enabled to get official certification in public schools as "free students" by an exam that takes place once or twice per year. The exams are free of cost and are determined by the official curriculum dictated by state bodies.

It is worth mentioning that, since the National Education Law was enacted, and sanctioned in 2006, there have been a number of court cases of families that were educated at home. Two were held in the province of Neuquén. One of them was favorable to the family (The case was 2008 entitled "V. M. C. y otro. s/ Medida de protección de persona"), who was able to continue with their practice and, in 2016 entitled “DEFENSORÍA DE LOS DERECHOS DE NIÑOS, NIÑAS Y ADOLESCENTES C/B.J. S/ACCIÓN DE AMPARO” determined that the mother had to return her daughter to school after stopping her attendance to carry out homeschooling practices. In a most recent case in 2019 entitled  "C., AR vs. P., NB BY PIECES BELONGING ”File Nº Inc.- 557539/1/18" a father sued a mother for not sending the child to school; the court discarded the education alternative and stated that at home education does not meet the requirements of socialization of the child.

How do we improve education? (Argentina)