The Wunderlich family has been seeking peace and justice for a more than a decade. And now in 2017, the European Court of Human Rights (ECHR) has a chance to grant it.

Home School Legal Defense Association and Alliance Defending Freedom are filing written submissions to the ECHR on behalf of the persecuted German homeschooling family. The court will now rule on whether or not the German authorities violated the Wunderlichs’ human rights by violently breaking into their home and seizing their children.

Although the ECHR’s ruling will not directly affect Germany’s laws or policies, a ruling in favor of the Wunderlichs will put pressure on the German government to respect the human rights of homeschooling families. We are optimistic that the court will rule in favor of the Wunderlich family and send a message to all democratic and civilized countries that violation of basic human rights will not be tolerated.

Years of Oppression for Homeschooling

The German government, which forces all children to attend state-sponsored schools, has long been oppressing Dirk and Petra Wunderlich for their decision to homeschool their four children. 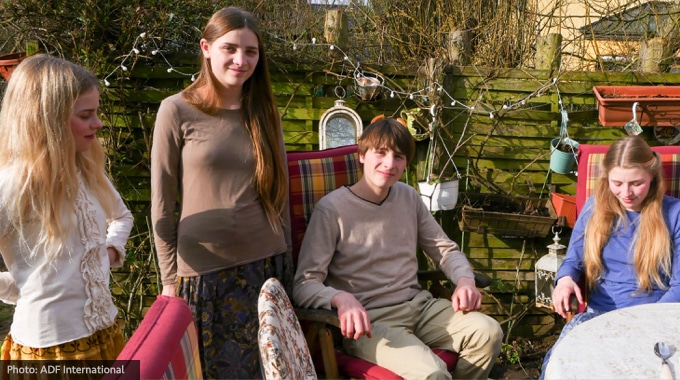 In 2006, a German court fined the Wunderlichs several hundred euros for homeschooling. Convinced that homeschooling was the best option for their children, the family eventually fled to France, where homeschooling is legal.

In 2009, however, French social services agents received an alert from their German counterparts saying that the family should be examined for leaving Germany while under investigation for homeschooling. Taking the German report seriously, the French social authorities seized the Wunderlich children.

French social services workers interviewed neighbors and reviewed the family’s homeschool plan. They determined that there was no problem with the way the Wunderlichs were teaching their children. At a hearing just a few days later, a French judge ordered social services to return the children. He told the family, “Of course you can homeschool in France—you are welcome here.” 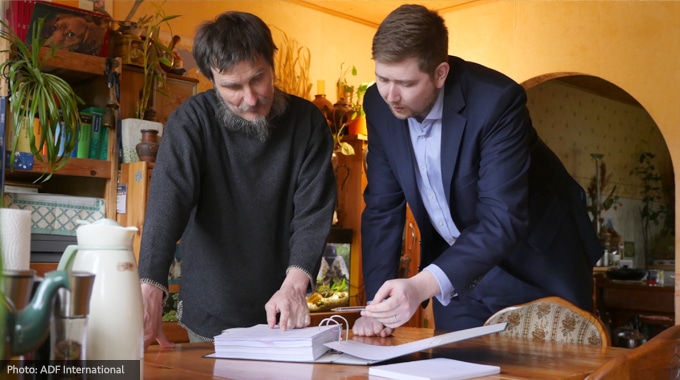 Unfortunately, the Wunderlichs had to leave France because Dirk was unable to find long-term employment. After looking in a variety of other European countries for work and a peaceful place to live out their vision of family life, they returned home to Germany in 2012.

Upon their return, the Wunderlichs—who continued to homeschool their children—reached out to local authorities. In March of 2012, child protective services met with the family and found that there was no need for government intervention. The children were developing according to their age. However, school authorities were unwilling to cooperate with the family and brought the matter to court, where a judge decided to give custody of the children to the state. The children were allowed to live at home, but they were not allowed to leave the country without permission from state officials. 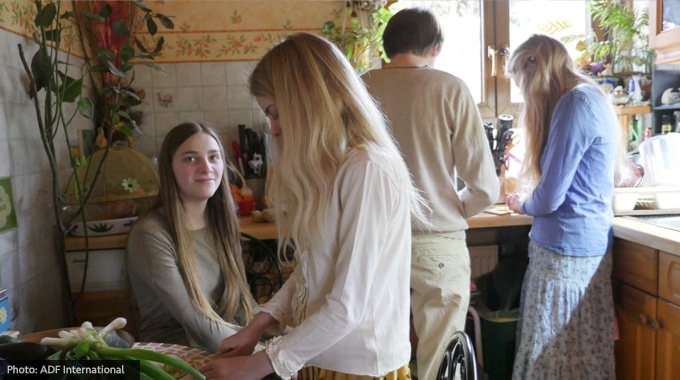 In June 2013, child protective services reached back into the file for an allegation from a prior year based on an anonymous tip. They convinced a new judge to grant an emergency ex parte order of removal. Two months later, twenty German social workers and police officers broke into the Wunderlichs’ home, seized the children, and transported them to a group home.

The authorities tested the children and found that they were developing as well as or better than other children their age. The judge ordered them returned on the condition that they be placed in the local public school. Wishing to keep homeschooling, the family sought to leave Germany; but the authorities retained the children’s passports. The local judge stated that he could not let the family go back to France where homeschooling was legal because in Germany it was considered an abuse of parental rights to homeschool. With no other alternative, the Wunderlichs agreed to enroll their children in the local school, which they attended the remainder of the school year.

In 2014 a higher court ordered the passports and all legal custody returned to the family since the children were in school and there were no other concerns. The Wunderlichs began homeschooling again the following year.

HSLDA and ADF filed an application with the ECHR in April 2015 to hold Germany accountable under its international human rights obligations. In August 2016, the court determined that there was merit to the application and ordered the German government to answer our claims.

In response, the German government raised the same old arguments that homeschooling was an abuse of parental rights and that children ought to be forced to go to a state-supervised school so they could be properly socialized.

By April 13, HSLDA and ADF will file our reply to the German response. The ECHR will then have an opportunity to decide whether or not Germany’s violent treatment of the Wunderlich family is permitted under the European Convention of Human Rights and Fundamental Freedoms.

Although the court has held that prohibiting homeschooling is within the “margin of appreciation” of the German government (i.e. within its discretion as a sovereign nation), we hope that it will find violently seizing children who are being well–cared for, especially when other remedies are available through civil and criminal courts, to be a gross violation of human rights. How could it not be? Most European countries tolerate home education quite well as part of a pluralistic civil society. 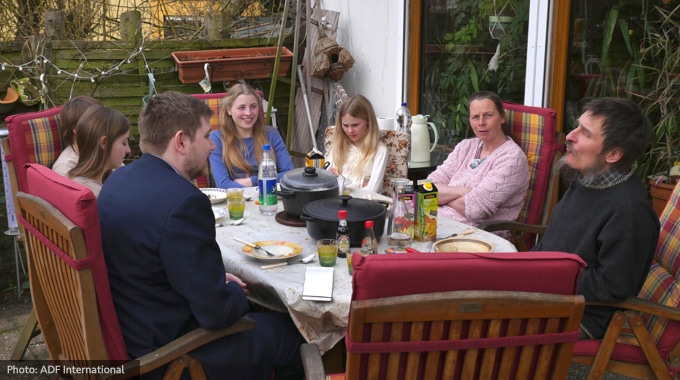 A finding in favor of the family will not be a final victory for German parents who wish to homeschool. It will, however, send a strong message to Germany and other countries in Europe that terrorizing homeschooling families by threatening them or seizing their children will not be tolerated. We hope that such a finding will cause German and other European authorities to reflect and reconsider laws, regulations, or policies that unreasonably interfere with homeschooling families.

Sovereign governments have authority to determine laws and regulations for people under their jurisdiction. However, fundamental human rights frameworks establish an objective standard that all civilized nations should adhere to. It is well-established, both in the United States and internationally, that when it comes to educational decision-making, parental authority in precedes state authority—and for good reason. As the U.S. Supreme Court held in Pierce v. Society of Sisters (1925), “the child is not the mere creature of the State; those who . . . direct his destiny have a right, coupled with  high duty,” to educate and raise him.

Governments that prohibit or severely restrict home education demonstrate a totalitarian and undemocratic character. We expect this from regimes in countries like China, Cuba, or North Korea. But such policy should not be considered acceptable in free, democratic and pluralistic societies.

Freedom is a precious gift that must be tended with vigilance and zealous care. HSLDA is grateful for the support of the ADF’s international organization, courageous families like the Wunderlichs, and the many groups and individuals who support our work on behalf of today’s homeschooling families and future generations.