The new federal secretary of education will be taking over in the midst of a worldwide pandemic that has led to an upheaval of American schooling. 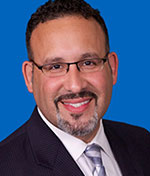 President Biden’s nominee for education secretary, Miguel Cardona, has yet to be confirmed by the Senate, but he will likely be approved without much opposition. Part of the reason for that is his lack of experience, relative to other education officials in DC—he’s a blank slate with few controversial comments on record, something that will work in his favor during the often-contentious Senate hearings.

For those of us who believe in education freedom, Cardona offers a better outcome than what we anticipated. Biden’s short list of potential nominees included American Federation for Teachers union President Randi Weingarten and National Education Association President Lily Eskelen Garcia, both vocal opponents of homeschooling.

A Question of Experience

But despite his lack of controversial opinions, Cardona does have his critics.

Education professionals on both side of the political spectrum are concerned about Cardona’s lack of experience. Only 45 years old, he spent the last 16 months as the education commissioner of Connecticut. Before that, he was a teacher and principal for 10 years at the elementary school his own kids now attend.

Biden expressed his desire to nominate someone with classroom experience, and he has that in Cardona. But he may also have someone who is simply beholden to other, more powerful voices in education politics.

And this isn’t exactly a time for an education leader who is squeamish.

When the new secretary takes the reins of the education department, most American public schools will have been shut down for almost a year. With the Biden administration’s recent call to get those schools reopened, how to accomplish that goal is a conversation Cardona won’t be able to avoid.

As commissioner, he encouraged schools to reopen with COVID safety precautions in place, against union demands, asserting that “remote learning will never replace the in-classroom experience.” But he did not mandate that they reopen, instead deferring to individual district decisions.

If the Biden administration does indeed plan an aggressive push to reopen classrooms, it’ll be important to have an education secretary who fights for non-public education options to remain available for those who do not want to return to the public schools. While Cardona can’t be pinned on either side of the school choice debate, he as the father of school-aged kids has expressed understanding about the importance of options.

But while Cardona may be a perceived moderate, the Biden education transition team is being led by California State Board of Education President Linda Darling-Hammond. She played the same role 12 years ago for the Obama administration. Four of the 20-member transition team members are teachers’ union representatives.  Six served as education-policy aides in the Obama administration.

Cardona may be open to new ideas and negotiating with both sides, or his lack of both experience and strong opinions may make him a pawn for the more progressive members of his team. Hopefully, this will be a case where cooler heads prevail. But if not, HSLDA stands ready to do what we do best: defending education freedom.

Maggie travels regularly to Capitol Hill to meet with legislators and to encourage them to preserve homeschool freedom.