There may be many readers of this blog whose children are largely beyond the stage that I’m about to address today. I’m guessing, however, that there are a fair number of parents who are just starting out their homeschool journey with a preschooler or kindergartner; parents who may be overwhelmed at the thought of homeschooling their oldest while also caring for additional younger ones. If you fit in the latter category, you are right where I was 6-7 years ago.

My husband and I had our first daughter just over a year after we were married. By our daughter’s third birthday, we had three girls, and our son came along about three years after that. As random strangers liked to remind us, our hands were quite full. Although we started homeschooling when the oldest was 5, the top priority was honestly not so much school as survival. Maintaining sanity was probably second on the list . . . with occasionally questionable results. There were many days where it felt like this crazy stage would never end—that I would forever be changing diapers, mashing bananas, and cleaning regularly but always falling further behind. Homeschooling was just another task to add to the pile.

If you’re hoping that now is the part where I give you my top five practical tips for how to make this stage of life more manageable, sadly, I can’t help you. (I’ve heard some tips from others, but they sounded more helpful for the mom who runs her family like a military squad than for those who are more laid-back like me.) Instead, I hope to encourage you with a few simple truths to remember as you navigate this season of life.

First of all, you can feel reassured that school is not super important at this stage. The early years of childhood do not require a formal education experience; in fact, some evidence says the opposite. Studies have shown that children who begin formal preschool at age 3 or 4 retain little to no academic advantage over their peers by the end of third grade.[1] Research also demonstrates the benefits of play-based learning in the pre-K and kindergarten years.[2] Even one article I found that had an overall positive view on early education had this to say: “Young children learn best through engaging in spontaneous and reciprocal interactions, meaningful activities and caring relationships.”[3] 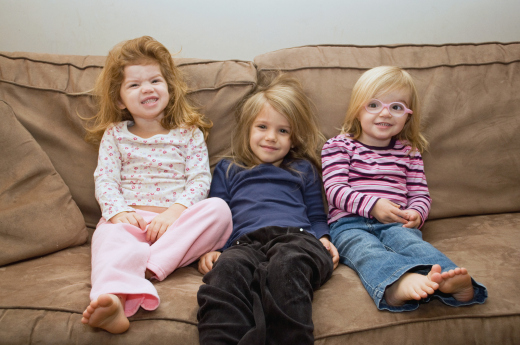 All that to say, your child can learn a lot simply through play and interaction with you. Young childhood education can be facilitated just as much, and often more, through building a block tower than through doing a workbook page. The latter can actually tend to frustrate and demotivate a child who isn’t ready for it. I saw this in my own experience with trying to teach my oldest to read: around age 4, she seemed to know her letters and be interested in reading, but when it came to sitting down and working through lessons, she would get annoyed and frustrated. In the end, I dropped reading lessons for a year or so, and she caught on much more quickly when we tried again later.

Am I saying we should do nothing in the early years? No, but I don’t think we need to stress about it too much. We can move at our child’s pace and give them opportunities to learn as we simply go about our daily lives. Since watching my firstborn struggle at a preschool age, I have taken a more relaxed approach with my kids until they reach age 6 or 7, intentionally educating them less regularly and for much shorter periods of time than I do for my older children. It may be anecdotal, but they are all doing well so far!

Perhaps, however, school seems like the least of your worries when compared to the mountain of monotonous tasks that come with multiple little ones. In this case, it is important to remember that this will not last forever. I can’t say this thought was particularly encouraging to me in the thick of this stage, but I do think gaining a little perspective might have helped if I’d been able to take it to heart. 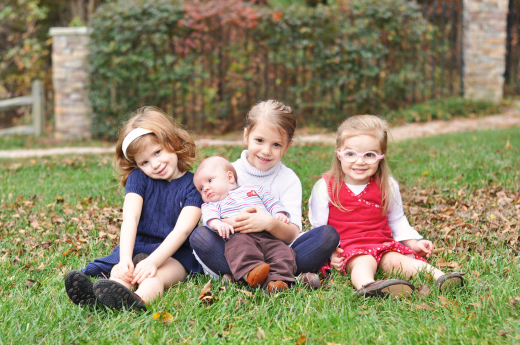 Consider the parenting issues you’re dealing with right now. I recall feeling like certain children would never potty train, outgrow their separation anxiety, or learn to eat food that was not mashed or chopped into tiny pieces. But although some things were longer-term issues (maybe about a year), most of these problems generally resolved themselves within a month or two. It can feel like forever at the time, but I’ll bet you can look back even now on a stage that seemed like it would never end and realize that it didn’t take too long after all.

I am now at a stage where all my children know how to eat independently, use the potty by themselves (mostly), get themselves dressed, buckle themselves into the car, leave my presence without crying, etc. Yes, it took a few years to get here, but looking back, a huge part of the struggle for me was just that I’d never made it through that stage before and had a hint of irrational fear that it might last forever. I’m currently getting ready to repeat some of these stages in a few months with a new baby, but now I know what the other side of the struggle looks like . . . and that makes it much more bearable. (Hang in there, Momma—you’ll get there, too!)

Furthermore, as your children grow, they learn not only how to handle themselves, but also how to help the younger ones and reduce your workload. I have recently reached the point where I rarely ever get breakfast or lunch for my kids, because the girls can both fend for themselves and help their little brother. I also have assistance with laundry, dishes, general pickup, putting away groceries, and even making dinner on occasion. I knew it should work this way in theory, but as of five years ago, I honestly could not picture how much help my children would be now. They still have a ways they could go, of course, but it has already made a significant change in my workload. 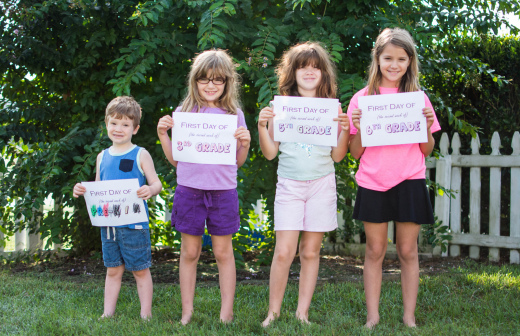 Last but not least, be encouraged that you are probably making more progress in all these areas than you think you are. Young children often need repetition—lots and LOTS of repetition—before things really start to click. But every time you persevere through another day of dealing with the same battles over and over, you are one step closer to winning. Chances are, one day you will wake up and realize that you haven’t had to fight that battle in a week. You’re getting there. You’ll make it – I promise.