It’s no exaggeration to say that for Dorcas Ross and her husband, Dante, homeschooling is much more than a way to provide a personalized education for their children: it has helped keep their family safe and stable during times of national—even global—upheaval.

When Dorcas began homeschooling her daughters a dozen years ago, they became one of the first families in Bolivia to embrace the educational alternative.

At that time, the mom explained, any homeschoolers she met in the South American nation were likely either missionaries or diplomats.

“For nationals,” Dorcas said, “it was a very strange thing to do.”

Two encounters with Americans who homeschooled, however, impressed her enough to explore the concept further.

First, she met a father with a doctorate in physics who taught his own children. He assured Dorcas and Dante that homeschooling can help parents bond with their children and instill in them the values they most cherish. 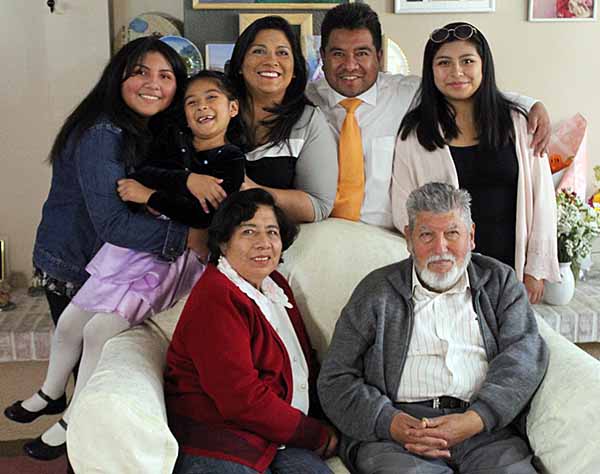 Dorcas Ross and her extended family.

Next, while she was still teaching at a Christian school, Dorcas found herself intrigued by a girl whose family was visiting Bolivia for a few months. The girl engaged in a student debate on abortion with skill and conviction. When she asked the girl where she went to school, Dorcas was surprised to hear she studied at home.

Dorcas said the passion she witnessed in the homeschooled girl contrasted with her own experience as a teacher. Sometimes, it was a struggle to get her students to grasp the importance of the values she desired to convey.

Homeschooling, she realized, offered an advantage in this regard by building upon familial bonds.

“Parents are placed closer to the hearts of the students,” said Dorcas. “After I started homeschooling, I understood that’s what I was trying to achieve—to reach my children for good.”

A Haven in Difficult Times

And homeschooling has helped deliver the benefits Dorcas hoped it would. They’ve grown closer as a family, and Dorcas has seen her children develop a love of education and a commitment to ministry.

One unanticipated benefit of homeschooling, Dorcas added, is how it has kept her children safe and learning while her country struggled through recent political and social upheaval.

The crisis began in 2019, when President Evo Morales’s apparent reelection to a fourth term sparked allegations of fraud, which escalated into mass protests. Morales fled the country, and Senator Jeanine Áñez took power as interim president. 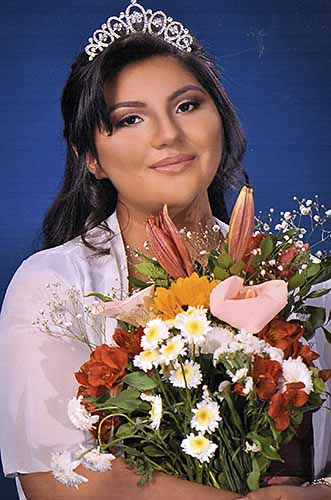 Elections scheduled for May 2020 were postponed because of the COVID-19 pandemic. The health crisis led to an economic downturn, with many Bolivians losing their jobs. And as in many other nations, the government shut down schools.

Dorcas said that through those difficulties, her family kept schooling from the haven of their own home.

She added that, by that time, Bolivia’s homeschooling movement had matured enough to engage the government and act for the good of the community.

Government action seemed a possibility while the vast majority of Bolivia’s students had switched to some sort of education from home. Working through a national homeschooling organization, Dorcas took part in discussions with officials to prevent new restrictions on home education.

The organization also promoted a program to inform and assist the many families inquiring about private homeschooling.

“We launched a huge campaign,” Dorcas recalled. In addition to creating a website, she and other homeschool advocates ramped up their presence on social media. “We counseled families,” Dorcas added. “We told them, ‘if we can do it, you can do it.’”

Now that the health situation has normalized, Dorcas said she can focus on helping her 15-year-old daughter Liz plan a high school program tailored to her interests.

In earlier grades, Liz explained, her mother did most of the teaching. Now Liz is crafting her education using a variety of resources, including classes through HSLDA Online Academy.

“I like being able to handle my own decisions,” asserted Liz. “I get to control my own schedule and cultivate the things I enjoy, and that will help me do what I want with my life.”

The teen said she is particularly interested in law, political science, and engineering. She hopes eventually to apply to top-tier universities in Bolivia and elsewhere, and feels confident she can compete for acceptance thanks to her education at home. 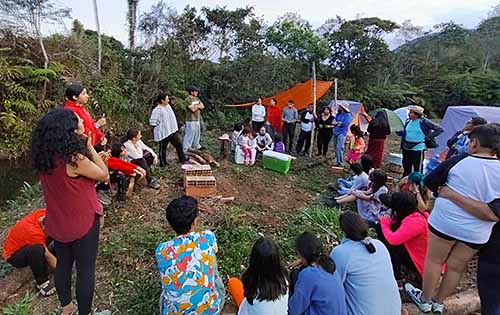 Families camp in the Amazon lowlands of Bolivia.

“I believe that as a homeschooler, your relationship with your parents helps you develop not only emotionally, but also logically, in how you think,” she said.

Of course, there are also opportunities for extracurricular activities such as speech and choir—not to mention chances for just plain fun.

As an example, Liz recounted a recent camping trip to the Amazon lowlands, during which she conspired with other homeschooled teens to play a prank on their parents.

They decided to steal and hide each adult’s left shoe. The ringleaders enforced the scheme by warning their peers: “If you snitch, we’ll throw you in the river.”

Dorcas points out that the apparent threat was all in fun, and that no one actually got dunked.

Liz said the sight of adults searching frantically for their footgear "was very funny. One parent had to go around with a bag on his foot.”

Another cherished memory involved Liz joining a robotics team as the only homeschooled member. When Liz was 9, the team took second place for their age group in a national competition, which qualified them to compete at an international tournament in Denmark.

Dorcas recognized the amazing opportunity this presented, but at the time, she doubted it would happen.

“It was impossible for us to pay for such a trip,” she recalled, “and traveling with my daughter hadn’t even crossed my mind, as it seemed so crazy.”

Then something amazing happened.

“I was sitting in my office when I received a call from a phone company,” Dorcas recalled. “The person on the other end said he was in charge of scholarship programs for outstanding kids. He asked about the team going to Denmark and how much money we needed.”

Dorcas said she tentatively added up various costs “until we reached the amount of eleven thousand dollars.”

The company representative agreed to issue a grant.

The funds enabled the team and their adult chaperones to visit several places in Europe. Ivar Aas, a good friend of the family, gave Liz a camera, which she used to document their adventures.

“This trip,” Dorcas recounted, “was miracle after miracle.”

Not unlike their family’s homeschooling story.

Photo credit: All photos courtesy of the family.