Summer is here! The longest day of the year has passed, but the weather is just warming up. That means it's a perfect time for stargazing. While I'm certainly not an expert, stargazing is one of my favorite educational activities. Here are some ideas to get you started.

Pick a clear night in a rural location if possible. Stargazing will obviously be more difficult on a cloudy night, or even a humid one. Also, city lights and streetlights will interfere with the starlight and your eyes' ability to adjust to the dark. If you can, choose a night with clear weather and a location that is as far from artificial lighting as possible. Camping is a great time to try stargazing!

That said, we used to live on a street corner in a suburb of muggy North Carolina, and we still went stargazing in our own backyard. The view is better now that we've moved further out into the country, but when we lived in town, it helped to turn off all the house lights so the closest sources of light were dimmed.

Get a comfy blanket and lay on the ground. It's a lot easier to look at the sky if you're not craning your neck the whole time! 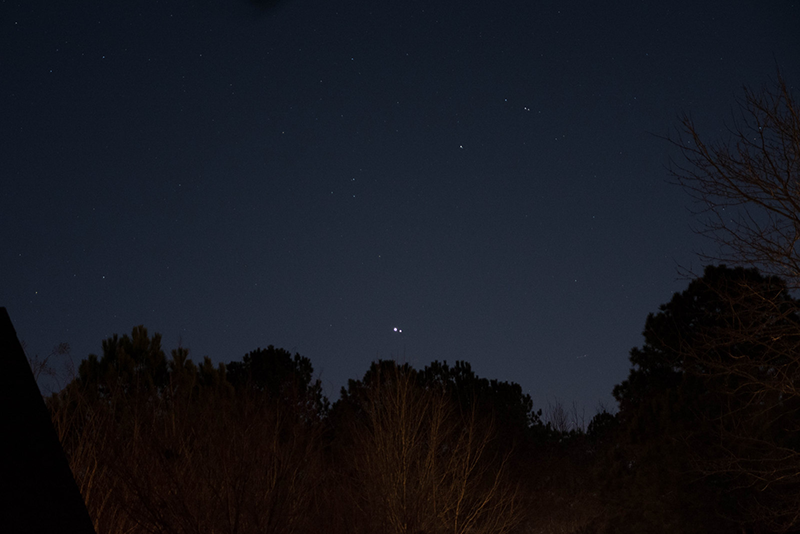 Conjunction of Saturn and Jupiter from Dec 2020.

Use a book to help you identify constellations. Surprisingly enough, my favorite constellation book was written by H. A. Rey, beloved children's author of Curious George. In the early 1950s, Rey redrew the constellation diagrams in a way that was more intuitive, to help amateur stargazers to identify them more easily. These diagrams, with plenty of other helpful stargazing information, were published in a book called The Stars: A New Way to See Them. There is also a simplified version, Find the Constellations, written more specifically for children. I highly recommend either of these books.

Use a stargazing wheel, such as this one. A star wheel can be adjusted to show you which constellations are visible in your location at a particular time of day on any day of the year. This can assist you not only in knowing what to look for, but also in giving an overall map of the night sky. Just be aware of your latitude when looking for the correct map.

Use a flashlight with a red light. Looking at a book or star wheel with white light will cause your eyes to adjust to the brightness, making it more difficult to see when you try to look back at the stars. You can easily use a regular flashlight if you simply paint red nail polish over the glass or cover the light with red plastic wrap (or regular plastic wrap colored with a red marker).

Check on moon phase and moonrise time. Learning about and observing the phases of the moon can of course be educational. But the moon's phase and position can also affect stargazing on nights when it is nearer to being full, since its brightness can dull the light of stars and planets. While not a stargazing dealbreaker, this information may help manage expectations of what will be visible. 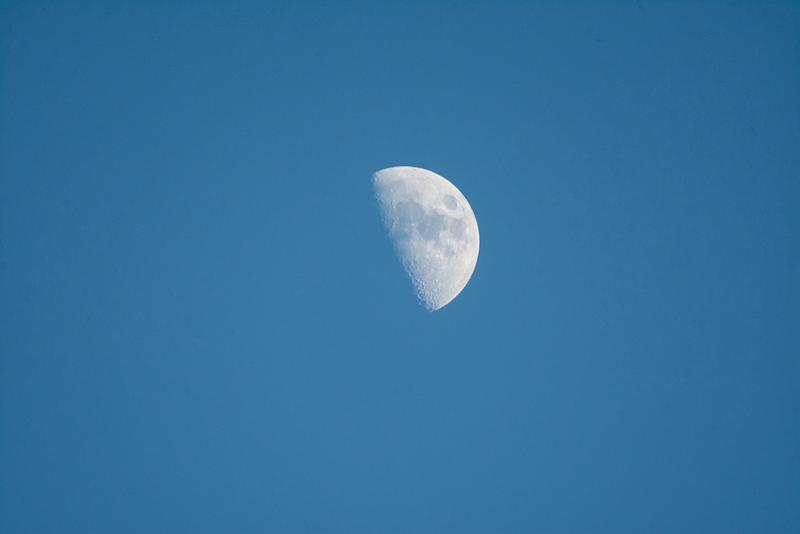 Research how and when to view the planets. Do you see a bright star in the sky that seems to stay steady rather than “twinkling”? It may be a planet! Though Venus is the brightest and Mercury is sometimes visible, Jupiter and Saturn are often easier to find since they don't follow the setting sun as closely as the other two. Mars is usually dimmer, but also identifiable. However, as of mid-July, Mercury will not be visible, and most of the others will only be viewable in the early morning hours. If you stay up late enough, though, you could catch Saturn, and it and Jupiter and Mars will rise earlier in the evening as the summer progresses. You can view rising and setting times of planets here, and sites such as this one often have articles with tips on how to find planets in the night sky.

Research when to look for meteor showers. A meteor shower calendar can be found here. The main event for summer in the northern hemisphere is the Perseids shower, which peaks around mid-August with a possibility of around 100 “shooting stars” visible per hour. This year, however, the moon will be full at the same time, so you may want to try your luck in late July or early August for a better view.

Watch for satellites. We've all seen the flashing lights of planes crossing the night sky, but a steady moving light that doesn't blink is probably a satellite. These can be fun to look for on dark nights. If you're really dedicated, satellite-tracking apps can help you find and identify even more. 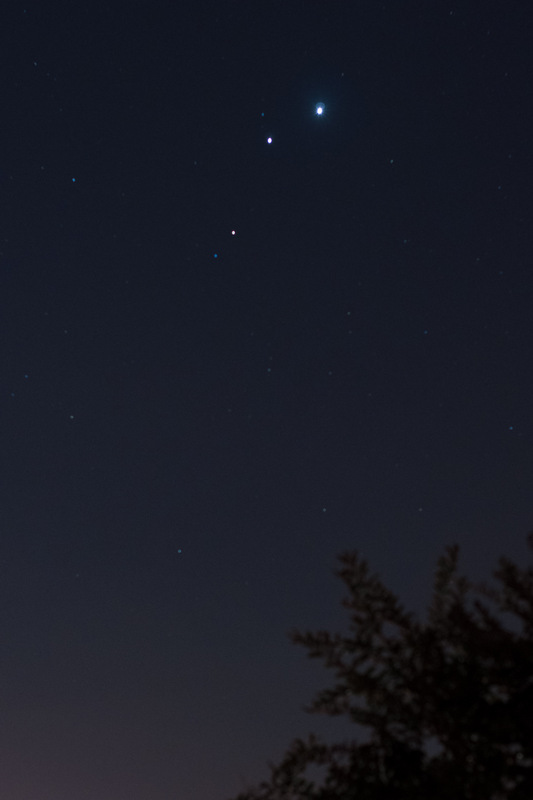 Use binoculars or a telescope for a more detailed view. While everything I've described so far can be done with the naked eye, sometimes it's fun to get a closer look. Years ago, I bought a beginner's telescope, and it is one of my favorite “toys.” While there can be a bit of a learning curve on how to use it, with a little practice, you can have it out and view planets within a few minutes.

Don't expect to get a high-definition picture like you'd see in a textbook, though; you'll need a much more expensive toy for anything close to that. But even with a basic telescope, you can identify planets by the fact that they are circles rather than dots of light, and I have often been able to spot Saturn's rings and Jupiter's stripes of color and four largest moons. I've haven't looked for much beyond planets and I've never tried binoculars, but I hope to do more experimentation on stargazing nights soon.

18 Things to Do This Summer

Homeschooling on the Road