When strangers find out that I homeschool my kids, I usually hear something like: “That’s great! Do your kids have the chance to spend time with other kids?”  I smile and launch into all the things my kids do. (I always want to end with “yes, we do let them leave the house,” but I bite my tongue.)

In a world that has an excess of both helicopter parents and absent ones, homeschoolers can still expect to be caricatured as the family with a moat around the castle and a drawbridge that is rarely lowered to let kids see the outside world.

Our kids don’t live secluded in a castle. But until this year, they hadn’t spent any length of time away from both parents and grandparents.  In rapid succession, each of my three kids headed off on an adventure without us.

This was my year of letting go.

My youngest daughter, Evie, 9, went off first.  The least interested in leaving home, I was surprised when she told me she wanted to go to horse camp. On a sunny June day, we drove Evie a couple of hours, met her counselor, saw her cabin, and drove away. There were lots of tears all around and two days later, a lot of gratefulness that we had paid the extra for the photo recognition package that emailed us pictures of her smiling and having a great time. When we picked her up at the end of camp, she was a grinning, happy, confident girl, showing us her friends and telling us about the horse she rode, Caspian.

A few weeks later, my 15-year old, Ben, went off to economics camp. He’s older, the camp was closer; no big deal, right? But Ben tends to be a little absent-minded at times and 1) he was living in a dorm room with keys that carried a large fine if he lost them, 2) the camp asked him to have a cell phone so I gave him mine, and 3) he carries an EpiPen for a severe nut allergy. So, this week, too, helped my prayer life.  When I picked him up, he got lost trying to find the designated pickup spot, and my cell phone had 46 different economics memes in the photo gallery. But the keys were returned, the EpiPen was unused, and he still had my phone.

Our biggest adventure was the difficult decision to let our 12-year old, Kyrie, spend September in Mexico, living with her aunt and uncle and helping care for her four cousins, the youngest of whom was less than a month old when she arrived. Even with family who know the area, Mexico is no joke, and a month is a long time away from home for a 12-year old. But this girl has dreams, and this was a big one. She was ready for a big step of independence, but for her dad and me this was a BIG STRETCH out of our comfort zones. I flew her down and shed tears when a few days later I awoke before dawn to fly home without her.  Her dad picked her up, enjoyed a few days with family, and did the hard work of getting her on the plane for home before she felt quite ready to come back. 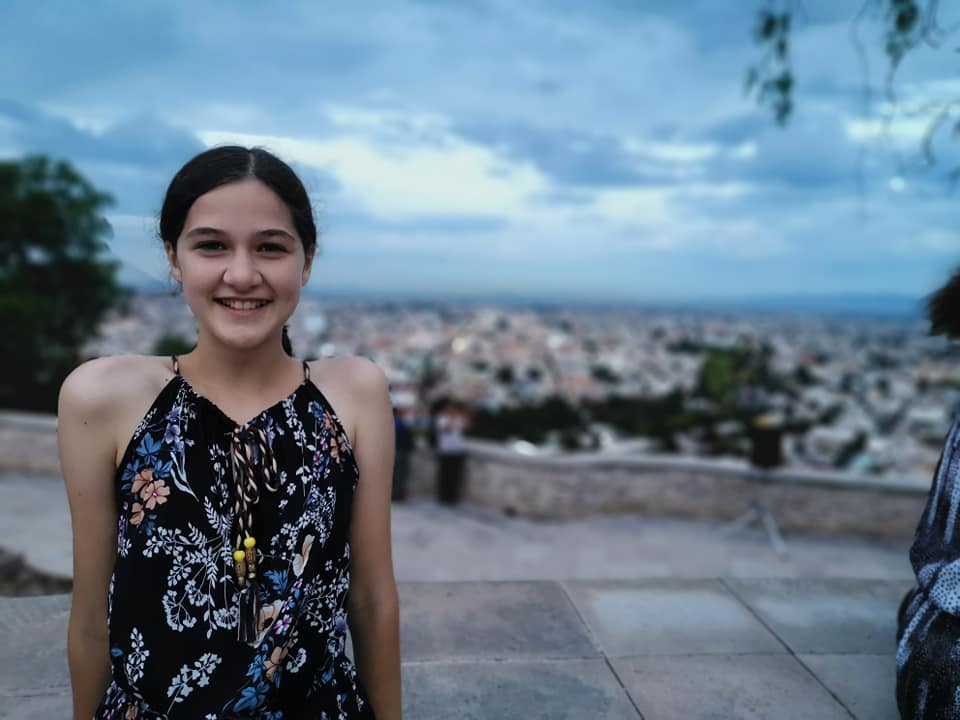 These experiences were valuable steps for my children to take as they begin to move into adulthood. Collectively, they were a reminder to me that letting go takes some work. I cried, I prayed, and I spent a lot of time reflecting on the things my parents encouraged and allowed me to do that have made me the person I am today.

Homeschooling has allowed me to help prepare my children to take their place in the world. Watching their steps this year reminded me how different they are from each other and how they are learning to become the people they were born to be.  More and more that means I must get out of the way.

Rachelle is wife to Michael and homeschooling mom to Ben, Kyrie, & Evie. She works part-time as a travel coordinator for non-profit organizations, and enjoys reading, writing, and ancestry research.