“There’s only room for one mouse, I mean number, in the ones column. You have to carry the other upstairs and add it with the tens column,” I told Meg one day. We were practicing adding two-digit numbers with carrying. “So which number goes in the ones hiding place, and which goes upstairs?” 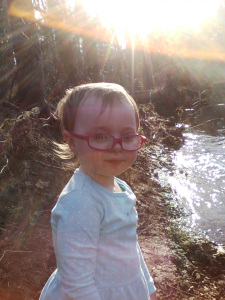 We were using the principle of “One mouse, one hiding place” from Mouse Math: The Right Place for Albert by Daphne Skinner and Deborah Melmon. Now that I look it up on Amazon, that book was supposed to be about one-to-one correspondence, whatever that means, but the refrain is what I remember. Meg and I started reading the Mouse Math books years ago, long before we started homeschooling, and I love the way our math-subject books have given us a language to talk about math concepts. 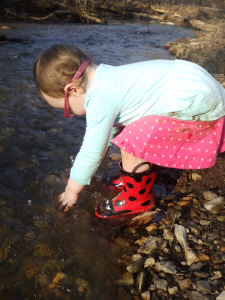 The single biggest thing I did when teaching early math was count everything, everywhere we went. We counted fish on a board book page, fingers while we waited in checkout lines, and dinosaurs in a parade. But the second biggest thing was similar to the first: we read books about counting! As far as I can tell, it never occurred to Meg that math might be trouble. She just inhaled them, along with books on sea creatures or detectives.

From my perspective, math is greatly improved by mice, dinosaurs, and medieval people, so I’m happy. I’ve never met a homeschooler who doesn’t like book lists, so I’m going to share some of what we’ve enjoyed. These are completely un-sponsored (not that I’d refuse books), presented solely for your information, and not intended to diagnose or cure any diseases, etc.

There’s a whole line of Mouse Math books featuring Albert and his big sister Wanda doing various mousey and mathy things. In Lost in the Mouseum, Albert loses a young friend in the Mouseum and has to read maps and go left and right to find her. Albert Starts School talks about how the days of the week come in a predictable sequence, and Albert Adds Up involves Albert carting items back and forth to his sister’s room and trying to keep track of how many there are. It’s so real.

Margaret Wise Brown, of Goodnight Moon fame, did in fact write other books, and one is Count to 10 with a Mouse. Self-explanatory. This one is for the littlest crowd, and it’s got a great rhythm. We also liked Melanie Gerth’s Ten Little Ladybugs – nice tactile ladybugs to poke on every page, and not actually as morbid as a cynical uncle of ours supposed. The incomparable Sandra Boynton wrote two counting books, Hippos Go Berserk and Doggies, and nobody parties like a hippo. If you haven’t discovered her yet, you’re in for a treat.

At an older kid level, we like the Sir Cumference books by Cindy Neuschwander and Wayne Geehan. They mostly cover topics above her math level, but that doesn’t seem to be a problem. I read them for the math puns, and Meg accepts them as stories in their own right.

I asked Meg what happened in Sir Cumference and the Off-the-Charts Dessert. She was only too happy to explain: “So, there’s a big holiday festival coming up, and the castle cook was sick in bed with the chills, so Sir Cumference and Lady Di found two bakers who could help them. And they invited the two bakers to the castle, but first the two bakers had to bake some of their yummy treats; they had to take their treats with them too. They let Sir Cumference and Lady Di taste all their treats, but they couldn’t decide which treat was the best. So Lady Di said, ‘We should have a contest.’ ‘Yes, let the townsfolk choose,’ said Sir Cumference. They made four graphs of their most yummy treats, but two of the graphs didn’t work, so they had to graph on paper.” 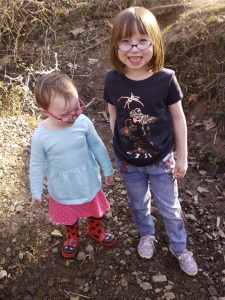 The bakers stacked actual items to represent each vote for a treat. But the physical things kept getting knocked over by pets and rivals and so forth, so the bakers learned to draw graphs on paper instead. “So they showed the drawings to Sir Cumference and Lady Di,” Meg said, “and then the bakers presented something new to them, and they tasted it and said, ‘Mm! Yummy!’ and they decided to take both treats.”

Also about graphing, Meg loved The Great Graph Contest by Loreen Leedy. I actually never read this one at all. She chose it from the library, read it repeatedly to herself, and was inspired by it to graph the frequency of dinosaur colors in her morning dinosaur oatmeal. (Did you know they make oatmeal full of little candy eggs which dissolve and hatch dinosaurs? Motherhood has taught me so much.) Usually she makes bar graphs, but one morning at my request, she made a very passable pie chart. Meg also graphs the frequency of little marshmallows in her Lucky Charms cereal. 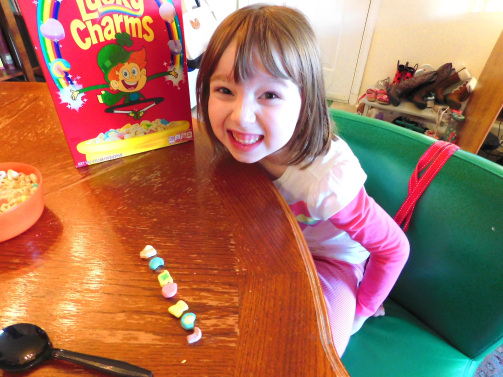 I often wonder if math would have been so unpleasant if I’d had a more bookish introduction to it. I’ll read anything from a good book, even English bell-ringing (Sayers), and I’ll follow characters through a series forty books long (this means you, Pratchett). Why would math be different? Living books for the win!

So math books we will read, and keep reading, and we’ll count as many mice in as many hiding places as it takes. I’d love more ideas. Anybody read anything good lately?