We may pay tribute to the Red, White, and Blue several times throughout the year—Memorial Day, Flag Day, Veteran’s Day—but the anniversary of our country’s founding is a prime opportunity to wax nostalgic about the things that made our country exceptional.

Indeed, Independence Day is the holiday we Americans associate most strongly with our heritage of liberty, and we like to celebrate with patriotic fervor. But when we say we’re proud to be Americans, what exactly are we proud of?

The political environment in which our country was forged had its share of polarization and conflict, but it saw principled leaders combining good policy (independence from a tyrannical regime) with solid actions (the subsequent Revolutionary War to defend that policy) and a passion for principles (dedication to a cause greater than one’s self). 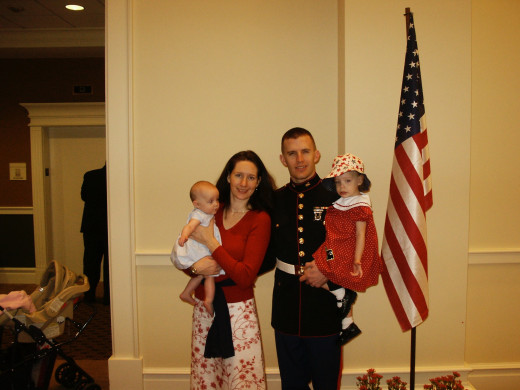 Although my husband never saw combat—his enlistment didn’t coincide with any wars—his military training, as well as his own zest for history, strongly inform his grasp of our country’s heritage of freedom, liberty, and independence.

He will point out the anniversary of the Battle of Midway, D-Day, Pearl Harbor Day, and the anniversaries of most of the major battles in WWII, to say nothing of random facts relating to other lesser-known battles and events throughout the panoply of history.

Knowing the past can certainly give us a sense of appreciation for just how much has been done to secure our freedoms and what it took to bring us to where we are today. 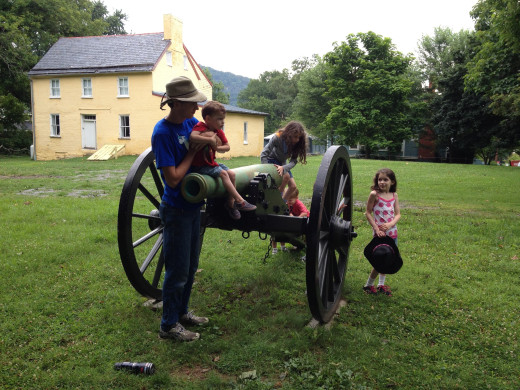 Of course, we cover history as a part of our schoolwork. But we also strive to model reverence for our laws and traditions and honor for those who have served our country in the following ways:

Beyond instilling in our children a respect for the heritage of our country, though, we want them to come to an understanding of why we’re proud to be Americans. Raising good citizens requires more than just instilling a generic love for country, however much we may be fond of our native country. 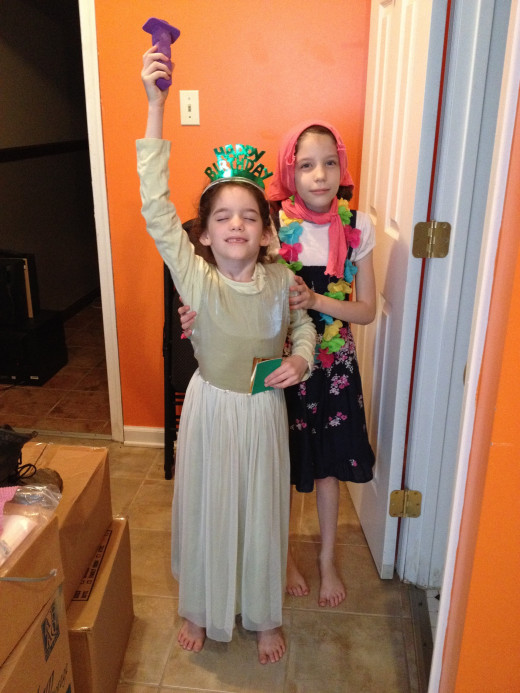 Don’t get me wrong—I love our National Anthem, I think our Flag is a grand icon, and I love patriotic parades and propaganda (“We Can Do It!”). But our patriotism has to be rooted in more than symbols, songs, and shared rituals.

We want our children to appreciate the values that undergird the ideas of American exceptionalism: the notion that all men are created equal, the idea that our rights come from God—not government—and the commitment to a common goal of freedom and liberty that involves mutual respect, responsibility, and self-sacrifice.

I try not be flippant when I tell my kids we should be proud to be Americans. After all, what did we do to qualify for this distinction, other than being born? For me, it’s shorthand for saying that I’m grateful to live in a country that values life and liberty. I’m thankful to all the people throughout history who have contributed to the realization of this vision of freedom. And I’m hopeful that we won’t be complacent in our present comforts but strive to better the state of those around the world still hungering for the kind of freedom we have experienced.