Above: As part of iGovern camp, teens act out roles during a press conference.

2020 was rough. I didn’t realize fully how rough it was for some, until I was a couple of days into Generation Joshua’s summer camp.

That’s when I rediscovered how important human interaction is. 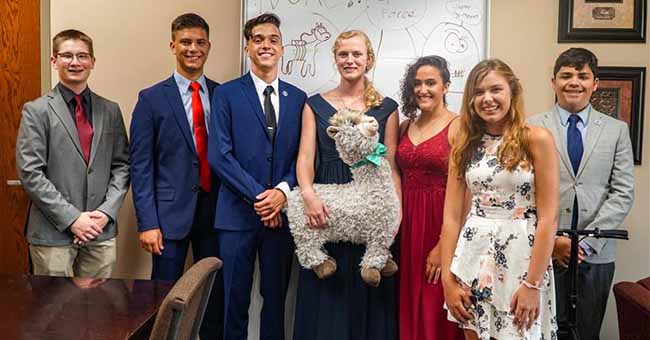 All photos by Abigail Hoke/Generation Joshua

Teens who portrayed elected officials and staff at the White House pose with a llama toy used to promote a political issue vigorously debated by iGovern campers—LLamaCare.

In a typical year, I am the managing producer for the GenJ summer leadership camps called iGovern. Last year, being not typical at all, meant that none of our camps happened.

But this year, despite governors in some states who continued to make gatherings like our summer camps difficult, we decided that we were going step out and do whatever we could to have camps for those who would show up.

The students this year seemed more eager to learn than I’d experienced at camp ever before. The interns in our office were more eager than ever to tackle the long hours preparing for camp. Logistical issues were less disruptive than usual. And I wondered why.

I think it was because all this came after we all had faced a year of loss, where people lost their graduations, had to skip their favorite summer camps, faced stress in politics, and—did I mention—braved a global pandemic?

Social isolation surged to record levels, teen depression that has been tracking upward for years was ratcheted up, and literally millions of people lost connection with their local churches. 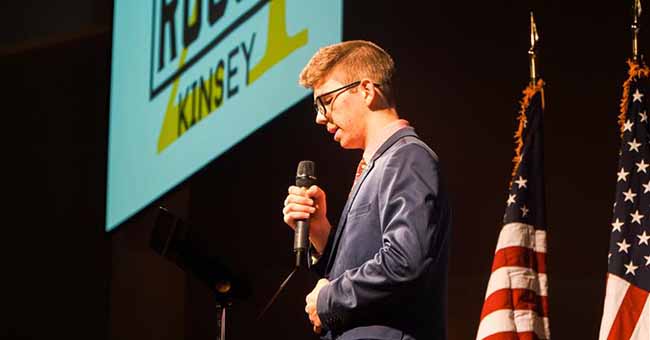 A teen makes his case for why fellow campers should elect him to office.

What I realized at camp was that teens were hurting even more than I knew.

It was here, at camp, where I saw how much connecting with other humans, making new friendships, interacting with others, and sharing happy and deep moments mattered. I’ve always known that these things were key to a good camp, and even that they mattered in our lives as humans seeking to live well. But it became more real to me than ever before when I saw the light in campers’ eyes.

I’ve been privileged to be in the center of Generation Joshua’s various programs over the years. I’ve taught thousands of students about government, Christian love and responsibility, and how to chase good lives that are unique to who they are designed to be. I’ve done hundreds of hours of online teaching, seminars, and curriculum development. And I’m pleased that HSLDA has a heart for all those things that Generation Joshua does.

However, by far the most powerful tool that any educator or even program has is the humanity that comes from real, tangible human interactions that give meaning to the lectures. For me, these moments come in the weeks of summer camp where I can laugh with a student who is filled with the joy of spending time with friends, sit across the table form a teen who wants to discuss important issues, and pray with a young person who is going through challenging life situations.

This year, we were faithful to the mission of GenJ by continuing to do the things that we do well, but this year I saw more powerfully that iGovern is even more important than ever before—because while the world is hurting, there are places where God is working, love is found, hearts are restored, and the future of America is forged one person at a time. And that is the heart of what Generation Joshua is all about.

It is not too late to check out Generation Joshua’s last camp of the summer in Texas. iGovern West is August 1-7. Find out more at www.GenJ.us/iGovern.