When newly-published author and homeschool graduate Joel Schlaudt started writing his dystopian novel as a teen, he didn’t expect that trying to get his work in print would make him feel—like his protagonist—that he was trapped in a heartless system. 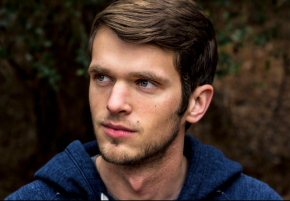 Homeschool graduate Joel Schaludt writes under the name Ransom Grey. His novel When Stars Go Out is now available in bookstores and online.

Joel’s initial attempt at finding a publisher ended in disaster, and that he had all but given up. But a hero arose to champion his work and lead him to creative fulfillment. So now Joel can say in all honesty that a rescuer helping a downtrodden youth to overcome sinister forces is not just something he wrote about—it’s something he lived.

Joel’s novel, When Stars Go Out, imagines how in the not-too-distant-future the government herds teenagers into massive compounds in order to exploit them as laborers and control their minds.

The idea that such a fate could befall teens seemed poignant to Joel for a variety of reasons—including the fact that he himself was a teen, as he finished writing the book at age 16.

His upbringing also gave him a unique way of looking at the world of adolescence.

“Being homeschooled,” Joe said, “I was outside of mainstream culture but I was still aware of it. I wasn’t caught in the flow of it. I was able to evaluate it in a different light.”

What he concluded from observing his peers he worked into the theme for his book: When teens focus all their efforts on the pursuit of temporary pleasure, they can bring about their own eventual downfall.

Fortunately, as Joel’s central character shows, there is a way to rebel in a positive manner.

“Don’t be afraid to go against the grain,” Joel said. “You don’t have to do what everybody else is doing to be part of something great. There is a greater meaning and existence than pop culture tries to convince you of.”

But in an ironic twist of fate, Joel’s story of hope triumphing in a very dark place almost remained in obscurity.

Unsure of how his first attempt at book-length fiction would be received, he first kept the project to himself.

“I had toyed around with short stories before,” Joel explained, “but they were all terrible. Here I had the bones of the story that intrigued me at least, so I thought I would give it a start and see where it went.”

Of course, it didn’t take long before family and friends started to ask why he was spending so much time on the computer.

“They knew I was writing,” said Joel, “but they didn’t know what it was about.”

When his manuscript was complete, he showed it to his sister, Jennifer Schlaudt (who now, incidentally, works for HSLDA Online Academy).

“I think she was surprised,” recalled Joel. “She’s thoughtful and analytic. She saw what I was trying to draw out.”

Death of a Dream

Jennifer’s praise for his book inspired Joel to look for a publisher, though it didn’t prepare him for how daunting the process can be.

Joel said he learned that very few publishers are willing to consider works from first-time authors. Even fewer will accept proposals unless they are submitted by literary agents, which in effect raises an additional barrier to novice writers.

“I felt like it was a closed system,” said Joel.

Eventually he posted a proposal through an online service that functions a bit like a virtual agent, which drew the notice of a company called WinePress Publishing.

Nearly two years later, Joel was on the cusp of seeing his work in print—when WinePress collapsed under a barrage of bizarre and lurid accusations.

Joel said the worst part was that he had to discover for himself what had happened to WinePress. He only knew initially that things had gone wrong was when his computer files were returned, without explanation, weeks before his scheduled publishing date.

Joel stopped writing. He went to Liberty University and started work on a bachelor’s degree in graphic design.

But his novel wasn’t forgotten. An uncle read When Stars Go Out, and was so impressed that he sent a copy to his friend David Thomas Roberts, an entrepreneur whose ventures include a publishing company called Defiance Press.

By Joel’s senior year in college, he had a contract.

His elation was soon subsumed by the tedious work of preparing his novel for the general public. He spent much of 2017—his first year in a master’s program for marketing—revising his book.

“We did a substantial edit,” Joel recalled. “We ended up cutting about a hundred pages. It’s just not fun. The creative mind of an author comes into conflict with the practical mind of the editor.” 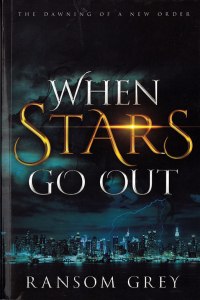 But the effort ultimately redeemed his earlier disappointment and fulfilled what he had labored for since high school. In June his novel was released in several formats including paperback, e-book and audio.

It Starts at Home

Joel attributes his success to two things in particular: family and homeschooling.

His uncle, Joel says, deserves “full credit” for his doggedness and for making the final connection between publisher and writer.

His sister, of course, provided valuable feedback early on. But it was his parents’ decision to homeschool that laid the groundwork for Joel to become an author.

“My mom had a large collection of books—mostly classics,” recalled Joel. These not only helped him develop into an avid reader, but influenced his own writing style.

But it was reading the epic fantasies of J.R.R. Tolkien that showed him just how far an author’s imagination could go.

“Before then, I had really fixed ideas about fiction,” said Joel. “Tolkien took those ideas and threw them out the window. I realized the sky’s the limit.”

Another thing that empowered him was his high school schedule. Despite being engaged with his peers through activities such as sports, drama, music, and work, Joel still had the opportunity to tackle a major creative project.

“Homeschooling made it possible,” said Joel. “I had the time, and this was a hugely time-consuming process. I wasn’t locked in a classroom with 30 other kids doing busy work. I was able to devote myself to something I was passionate about.”

Looking toward a Bright Future

Joel says he remains passionate about writing, though his ardor has been tempered by the difficulties endemic to the business side of creativity. For now he’s happy to prepare for a career in design and marketing. Still, he’d be more than willing to hit the keyboard again for his own pleasure—or better yet—if readers really enjoy When Stars Go Out.

Though it’s not quite like revealing a trade secret, Joel admits that the closing of his novel could have been more definite.

“I left it that way on purpose so it can go either way,” he said. “As an author, I like the way it ended, but I understand not everyone is going to feel that way.” 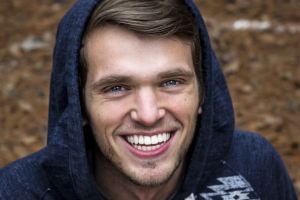 In other words, if fans clamor for a sequel, who is he to say no?