When parents watch their children for signs that their own values have taken root, the evidence is not always as obvious as the 2nd-place trophy that Maria Barend brought home in September.

The prize the 17-year-old homeschool student claimed at the Belmar Invitational competition in New Jersey represented more than just another top finish in a surfing event. It was her first professional tournament and a manifestation of her parents’ two great passions—delighting in God’s love and hitting the waves.

“I love the ocean so much—just being immersed in God’s creation,” Maria explained. “I feel free when I’m surfing.”

It’s a feeling shared by the rest of her family. In fact, it’s pretty much how her family came to be. 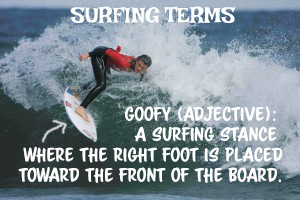 Maria’s father and mother, Chuck and Ana Barend, met on the North Shore of Oahu, Hawai’i, which is famous for the massive waves that develop in the winter. They were both drawn there by a passion for surfing.

Chuck used the sport as means of sharing the gospel. Ana, who had won several surfing championships in her home country of Brazil, came to Hawai’i to compete.

At Chuck’s invitation, Ana began attending a Bible study, which prompted her to reassess the direction her life was headed.

“My identity was really wrapped up in being a surfer,” Ana explained.

She decided to attend Bible college, which led to a major life change after graduation when she and Chuck married. Chuck joined the Coast Guard and was stationed on Martha’s Vineyard, Massachusetts. Because there was no base housing for lower enlisted ranks, the newlyweds ended up living in a lighthouse.

One thing didn’t change. Chuck used his work as a rescue swimmer to share Christ. As Ana recalled, “He would always [tell people]: ‘I just saved your body, but only Jesus can save your soul.”

Back to the Pacific

Incidentally, for his next duty assignment the Coast Guard transferred Chuck back to the Aloha State.

“I thought we would live in Hawai’i forever,” said Ana. But when Maria and her twin brother Eddy came along, Chuck began having second thoughts.

Like the raucous waves that swell out of the cold North Pacific, the North Shore’s surfing culture can have its own dangerous undercurrents. For this reason, Ana explained, Chuck “wanted to raise the kids in a nice New England village.”

So once again they crossed half an ocean and a whole continent to take up residence in Rhode Island.

Chuck and Ana opened a surf shop and settled down to homeschool their twins. Family activities, of course, included hitting the Atlantic beaches. 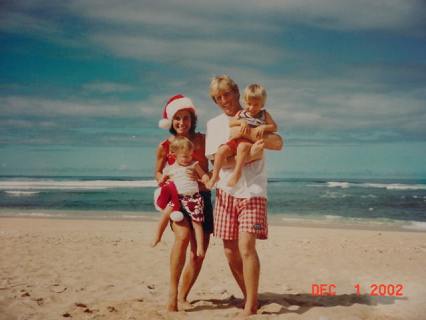 Maria studied ballet for 13 years, reaching the point where she, to advance further, would have had to enroll in an elite school in a larger city. Instead, she decided to take up competitive surfing.

Maria said she found the transition natural, since surfing “is almost like ballet.” The goal is to achieve graceful, effortless motion, “almost like dancing on the ocean.”

She has competed as an amateur for a little over two years. Training is sometimes a challenge due to the fickle East Coast surf, but she’s been able to compensate thanks to homeschooling.

“Without [homeschooling], I wouldn’t have the flexible schedule,” Maria said. “Especially in New England, the waves are unpredictable, so you have to just be ready when they come.” 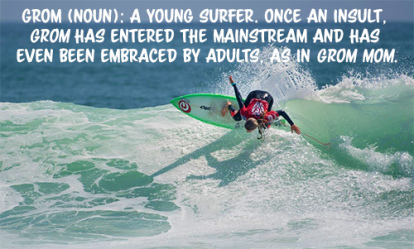 Homeschooling made it easier for Maria to travel for competitions. In fact, said Ana, enough young surfers are homeschooled that at some of  the top professional tournaments you see advertisements for homeschool curriculum.

Being taught at home delivered other benefits as well. “It gave me space to grow as an athlete and as a child of God. Just to see the sacrifices that your parents put in is beautiful.”

Looking to the Future

For someone who was raised in the Northeast, Ana said, Maria is a remarkably accomplished surfer.

She added that Maria’s greatest strength is not only being able to recognize a good wave, but having the composure to pass up the lackluster ones. 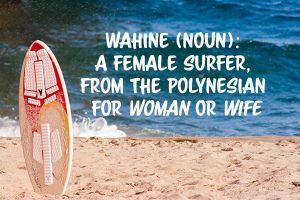 “I think she has amazing wave choice,” said Ana. “She’s patient, and waits for the wave that’s going to let her surf.” Maria once waited 11 minutes for the right wave during a 20-minute competition. “She ended up winning.”

To advance as a professional, however, Maria said she’ll need to improve her skills and confidence. She’s not certain where her present career will take her, but she plans to enjoy the journey and explore her options.

For one thing, her mother’s Italian heritage means Maria could try out for Italy’s 2020 Olympics surfing team. Or she could go for the option her father favors—applying to a California college where she can surf while pursuing a degree.

Whatever Maria chooses to do, said Ana, she’s confident her daughter will remain true the values she’s inherited.

As Ana wrote in an email describing Maria’s surfing exploits: “She knows her identity and worth come from being made in the image of God, and that her talent and pursuit are for His glory alone. That’s where she is my champion!” 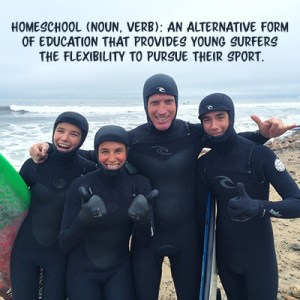