We have been wrestling with a long-running trade imbalance in our household.

The difficulty arises from the diversity of actors participating in the economic exchange, including a sophisticated child who exercises a strong sense of noblesse oblige, a canny child with a knack for bargains, an impetuous child who is a sucker for a good-sounding cause, and a hapless 2-year-old who has absolutely no concept of private property. 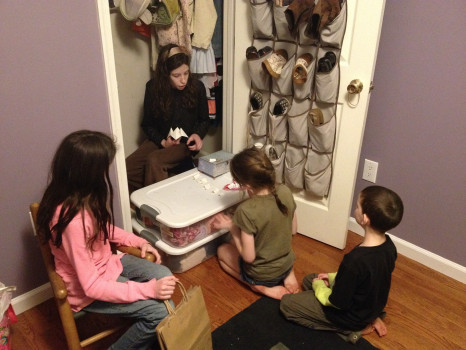 Originally we tried to adopt a completely laissez-faire approach to our kids’ possessions, figuring that what they had was theirs to dispose of as they pleased. But occasionally we did find it necessary to step in and exert some parental limits, such as when a young child inadvertently marked for giveaway some prized possession whose value he had misapprehended.

Then there were the complicated situations where both parties apparently agreed to a sale or trade, but it turned out that one party misunderstood the terms or was regrettably pressured into the deal. Some sort of prudent administration was clearly in order, but we struggled with determining exactly what was an appropriate level of intervention.

After all, we want to raise intelligent, independent adults who can make smart decisions, and it often takes making a few poor decisions—and suffering the consequences from them—to gain the necessary experience for making wise choices in life. We don’t want to cripple our children from developing a sense of personal responsibility by taking away their ability to make a few mistakes on their own time and dime. 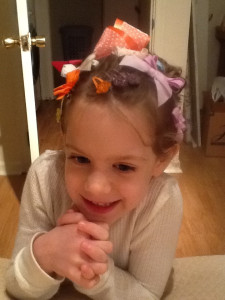 However, we also don’t want to encourage avarice and unscrupulous advertising. Sometimes both parties can walk away from a deal happier with the results, but when one player is significantly younger, poorer, and less experienced than another, the temptation to extort and exploit can be strong.

At one point we tried imposing a moratorium on swaps and sales altogether, encouraging our children to focus on sharing with each other instead of pursuing a permanent transfer of ownership. That didn’t fly—our kids can be generous when the spirit moves them, but they tend to be possessive about inanimate objects, and it matters very much to them that something belongs to them.

We also tried insisting that every transaction must be cleared by us first, so we could evaluate the merits of the case and determine whether it was a reasonable and acceptable deal. Hand-wringing and complaints inevitably ensued whenever we halted an incipient transaction.

The final straw came when one child persuaded another to pay his $20 birthday money for a piece of cheap junk (bright, shiny objects play very well to impressionable youngsters). Even though both parties insisted they were satisfied with the deal, we reversed the terms of the arrangement. 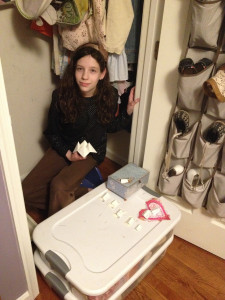 We had a family talk about the injustice of taking advantage of the weak and vulnerable among us, and about the importance of putting others’ needs ahead of our own. It’s natural to want to profit from any given transaction, and in normal market terms—which they do need to learn about—a good bargain is one where both parties get what they want and walk away with improved circumstances. But the imbalance in total possessions, life experience, and maturity of the characters involved make it almost impossible to practice fair market norms within the confines of the family circle.

We talked about the provisions in the Bible where debts were forgiven every seven years, giving an effective “do-over” for those struggling with poverty and ill fortune; about the prohibitions against enslaving or charging usurious interest of strangers and sojourners in the land (who were probably unfamiliar with local customs and perhaps even the language, and thus vulnerable to exploitation); and about the stipulation that a parent—acting immediately upon hearing it—can release a minor child from a foolish vow.

These ideas demonstrate a good approach to balancing personal responsibility with collaboration and community protection, of maintaining consistent standards while still allowing for grace and second chances. In fact, the idea of a guardian being able to revoke the (foolish) vow of a minor child has left an imprint in our modern legal system: I was astounded to discover, in a college Business Law class, that contracts are unenforceable against minors. No wonder my 17-year-old self was unable to procure a membership card with the local video rental store!

In any case, we came up with a new rule: any trade or exchange made with a person under 8 years of age expires at the end of the day. That way, everyone can have the satisfaction of trading and trying out new things, but the trades cannot be made permanent when they involve the property of someone who is arguably incompetent to judge fair market value. Persons 8 years and older get stuck with the consequences of their decisions. 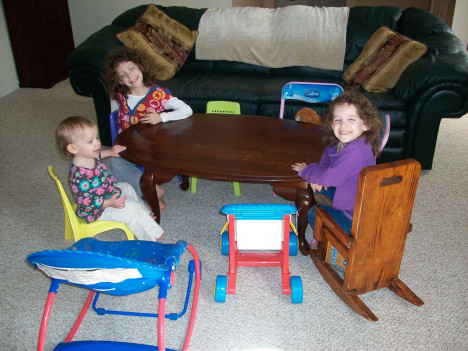 Is this solution a silver bullet for resolving all inequities? No. As long as human nature remains unchanged, there will be selfishness, covetousness, and exploitation. But I hope this approach will provide a better framework for protecting the interests of the vulnerable, while allowing some freedom to experiment and learn.

Have you faced this issue in your family? How do you address it?