If laughter is medicine for the soul, then the Hake family home is well stocked. From their self-designed jungle gym, to their art-filled home, to their 20 years as missionaries in Taiwan, they are seekers of creativity, adventure, and story-enriched community. To hear this family’s story is to hear the story of a heart stirred for adoption. 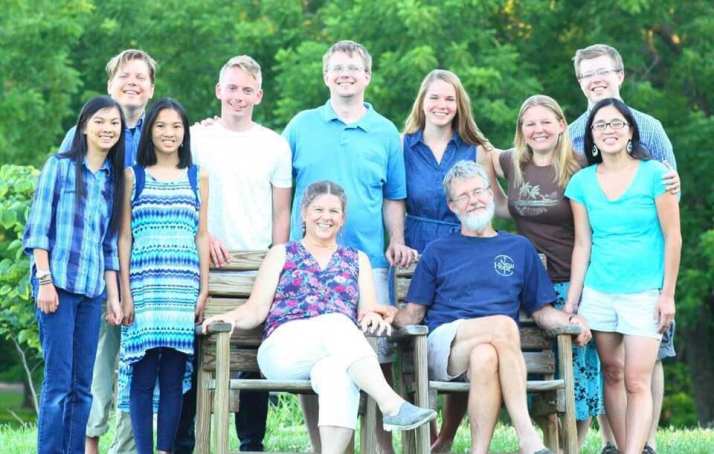 Walls of books, family pictures, and 19th-century Taiwanese bobbing reels decorating Dr. Hake’s office speak to his family’s international travels before he eventually became a literature professor at Patrick Henry College. It was during the Hake family’s years in Taiwan (1977–1996) as missionaries teaching English that they felt the call to adopt the first of their adopted children.

When their own kids were about 6, 4, and 2, the family began praying about adoption; they asked a nearby orphanage if the facility had any hard-to-place children. That’s when they heard Becky’s story.

Shortly after she was born, someone had filled out false information for and abandoned Becky at a clinic in Taipei, Taiwan. Due to her size, the clinic speculated that she had been a failed abortion. Weighing only four-and-a-half pounds, she spent her first several months in a neonatal incubator as she waited for a family to adopt her.

The Hakes were touched, and as soon as Becky was able to leave the neonatal clinic at the Catholic hospital, she joined the family.

Three more kids and several years later, when they were back in the states, the Hake family again felt the call to adopt. And once again, they started with contacting Becky’s orphanage.

The orphanage staff told the family about a set of twins, about 1 or 2 at the time, born in Taiwan in a high-prostitution area to a mom of about 15. Since it was an international adoption this time, the process was much more complicated and expensive. It was also more emotionally challenging because the Hakes had to wait about a year after the decision to adopt before the process could be finalized.

When they went for a short week to pick up the girls, Elsie and Elaina, the Hakes were surprised to find themselves surrounded by local media, all asking for details on what the press saw as a special human-interest story: Becky, adopted from Taiwan as an infant, now college-aged, was back with her family almost twenty years later to adopt two more girls from the same orphanage! And though the family was fluent in Taiwanese, the media attention was still an unexpected greeting!

“Friends in the area, whom we were planning to surprise, saw us on the news and started emailing us, ‘We didn’t know you were here!’” Dr. Hake laughed, “The media blew our cover!”

One of the newspaper clippings from the day is framed and sits today on one of Dr. Hake’s bookshelves. Amid lines of Chinese characters is a picture of Dr. Hake, his wife Faye, and their children. 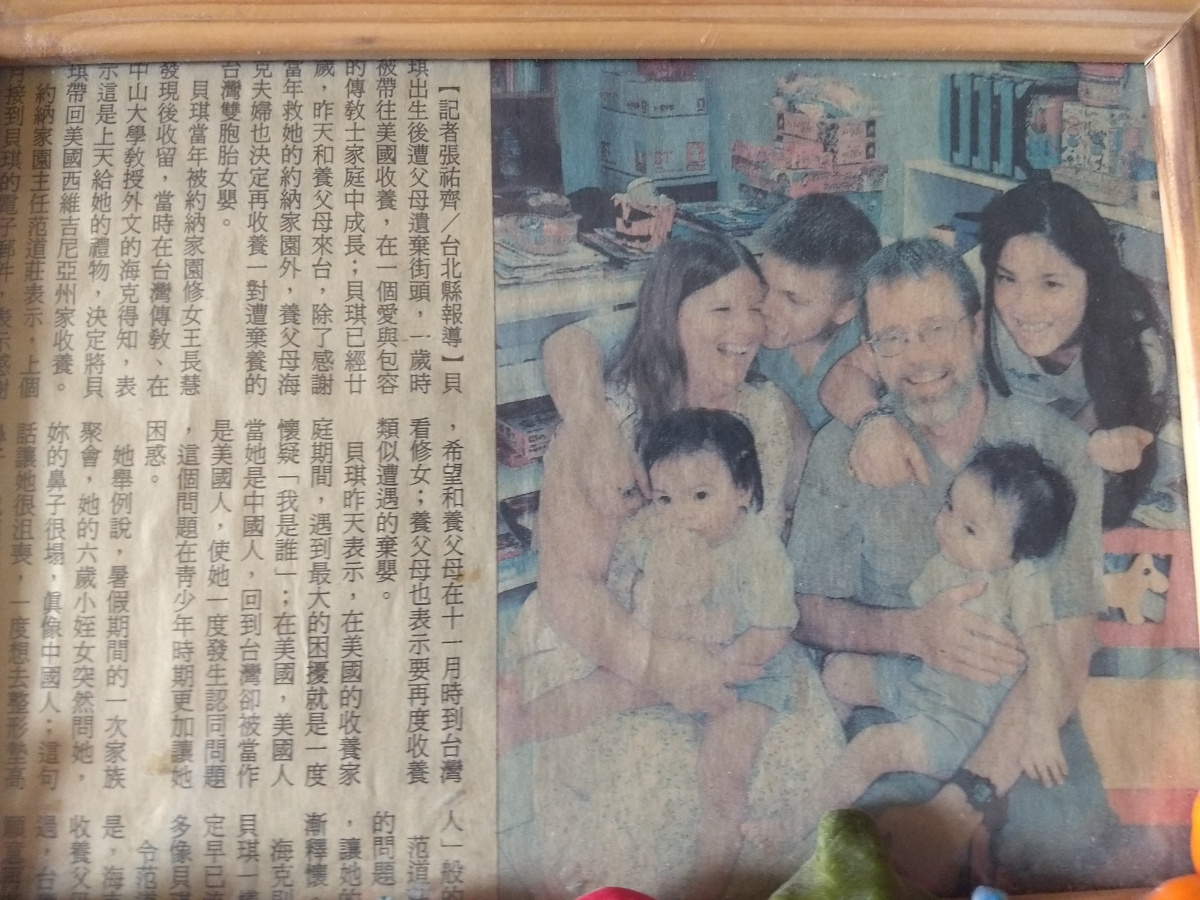 The transitions during both adoption periods were fairly seamless for the family. Dr. Hake says that his wife, Faye, was wise in intentionally taking the time to prepare each child when a new sibling came along. “You can introduce a new child in a way that generates excitement,” he said. In that sense, the process for introducing a new sibling was already established and felt natural.

“I believe that kids are wired to love younger children, and that just needs to be cultivated. Be careful not to derail the natural excitement for kids to have siblings.”

He thinks that preserving the birth order—adopting the children as infants so they would grow up as younger siblings—may have helped the transition, as there wasn’t sibling rivalry or tension there.

Another foundation for the Hakes with each new child was remembering how kids are a joy—they are not a problem or a trial, but a blessing and gift from God, with each child being created uniquely.

“Every child is different, but we treated them all the same, in our love for them.” With each child, whether adopted or biological, there’s a learning process of what works for them—it’s important to never make comparisons like “why can’t you be more like your sibling?” With that mindset about each child, it’s not a major transition to welcome an adopted child into the family. “In addition, this process even extends to the future sons-and daughters-in-law. We welcome their unique gifts into the family and treat them as one of our own!” said Dr. Hake.

Finally, they kept open lines of communication. “It was never a secret to the kids that they were adopted.” He’s had discussions with Elsie and Elaina, now sophomores in high school, about the possibility of taking a trip back to Taiwan when the twins graduate to visit their roots and see where the rest of their biological family grew up—and to reach out to their mom, if they can find her. (Although Dr. Hake did meet Elsie and Elaina’s mom when they picked the girls up, they have since lost contact with her. She would now be about 30.)

“It’s so clear in the Bible that God desires that we help the vulnerable, the widows, the fatherless, the orphans,” Dr. Hake mused. Not only that, “The need [to adopt] worldwide is huge.”

It can feel overwhelming at first, but Dr. Hake encourages, “If God calls you to do it, God will provide.” Dr. Hake shares how a family in their church gave them a check for $10,000 to help cover the expenses for the twin’s adoption. “If you sense a call, pursue it. Don’t be discouraged by the red-tape, the setbacks, and the delays.”

During the process, Dr. Hake encourages cultivating a culture of adoption in your local church and community.

When the Hake family were seeking to adopt Elsie and Elaina, the adoption agency reached out about a third boy—Patrick—who was suffering from extensive medical issues due to his parents’ addiction to drugs and alcohol. The mother didn’t know she was pregnant at first, so Patrick developed fetal alcohol syndrome.

Dr. Hake shares that the situation created an incredibly dramatic time of anguish: they longed to take in the child, but also knew they weren’t equipped. However, they finally decided, “We’re going to go for it.”

The immigration agency reviewed their request for adopting two or three kids. The Hakes checked the request when it was returned—they had only been cleared for two adoptions, not three.

Then, a couple from their church came to them about a dream they had had about adopting a baby boy.

“As Presbyterians, we don’t do dreams, so this was a shock to us,” joked Dr. Hake. But the message was clear.

The church couple wanted to know if the Hakes would agree to help them travel to Taiwan to pick up the little boy, since they were nervous about the journey. The Hakes joyfully agreed.

The boy was named “Patrick Stephen” after Dr. Hake, who has since faithfully prayed for Patrick as if the boy were his own son. And because this couple’s children were older, they were able to devote the money and time to giving Patrick state-of-the-art medical care over the years.

Dr. Hake reminisced, “We used to fly out of New York City to Taiwan, or to Anchorage and then on Taiwan. And back in the day, they allowed a 60 or 70-pound bag limit per child, so we hauled a ton of stuff back. You can imagine what we looked like with all the little kids and our bags piled high: we looked wild!” laughs Dr. Hake. “We were young and did crazy things!”

From an outside observer, it appears that a healthy dose of adventure, flexibility, and good nature continued to permeate the Hakes’ lives, even after Taiwan.

“We didn’t leave Taiwan because things weren’t good. We loved it there, but we felt the call to come back.”

That journey led them for a time to northern Pennsylvania from 1996 through 2000, where they hosted a “discipleship training month.” Dr. Hake commented, “It was intense, but we had fun!” Despite a houseful of their own kids and pets, the Hakes welcomed around 36 kids into their home from Taiwan. “Some of these kids had never seen the woods or wild animals! We had field trips, put on plays, and caught crayfish in the river by the basketful—which the kids just loved, since seafood is popular in Taiwan!” Many kids found emotional healing through the experience. One girl was suicidal when she first arrived; she became a Christian through the Hakes.

Eventually, the family’s path led them to Virginia, where Dr. Hake still teaches as a literature professor at Patrick Henry College. 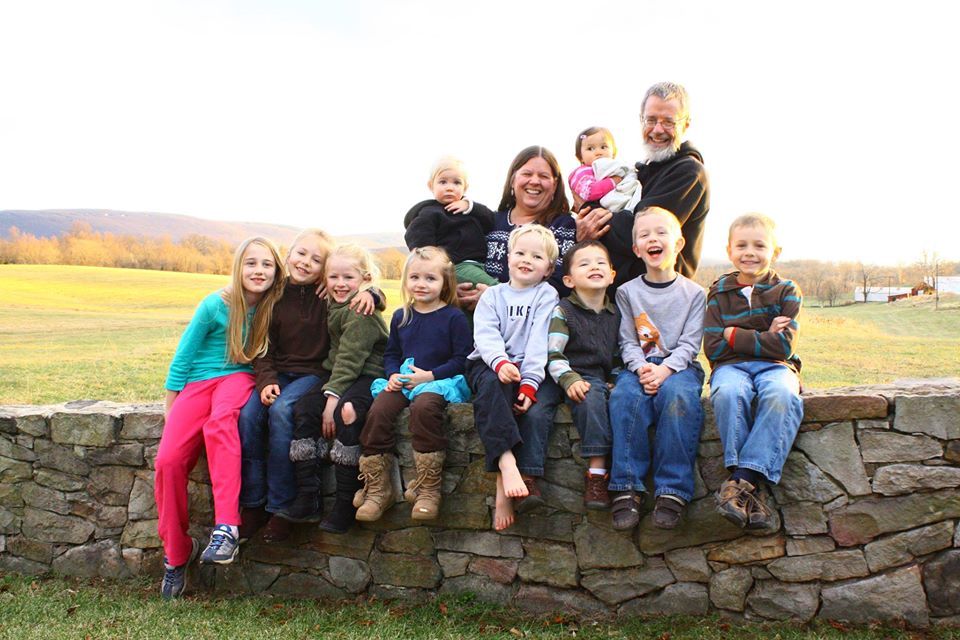 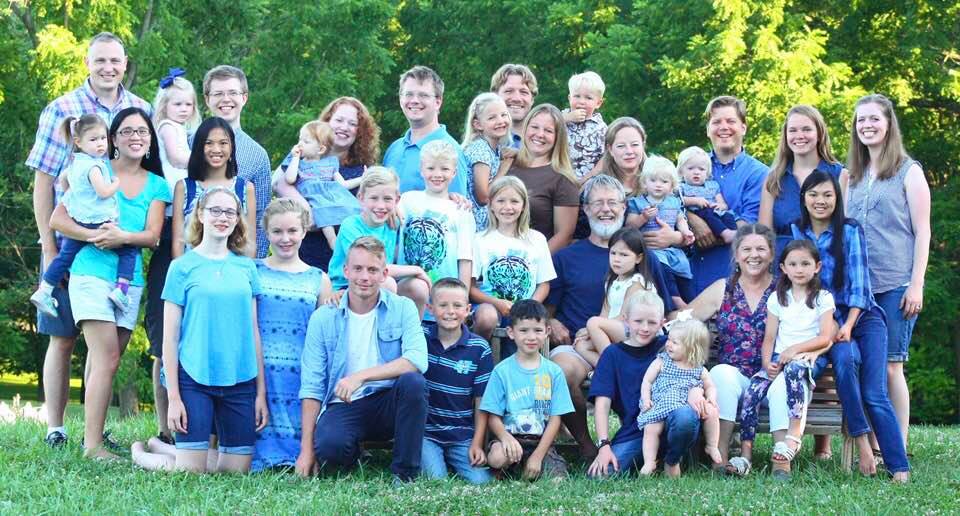 Where they are now

Today, the family reunions have grown from nine kids to over 34 people, including 20 grandkids. Becky lives today in San Antonio, happily married, with four kids of her own. One of the Hakes’ oldest daughters lives just a couple houses down from the family, with her five kids.

Since Faye’s tragic passing in 2018 from cancer, Dr. Hake has walked through a deep process of grieving. Today he is even more committed to fostering a life of intentional discipleship and mentoring. His current goal is to continue to incorporate these disciplines in every area of life—from teaching, to being a good neighbor, to encouraging his family, to pursuing a newfound love of hiking. During the coming summers, he plans to hike the entire Appalachian Trial—and he’s extended an open invitation to family and friends to join him along the way.

It was on one of these trail tours that his kids (Elsie and Elaina) and grandkids affectionally dubbed him with the loving nickname of “Grandalf” (Grandfather + Gandalf from The Lord of the Rings).

Whether within the Hake family, through community, or on the trails, a lifestyle of adoption continues to be near to their heart.

Anna is HSLDA’s Social Media Specialist. A graduate from Patrick Henry College, she majored in Classical Liberal Arts with a minor in History. On her off-time, when she is not reading or working on various craft projects, she can often be found daydreaming about Montana mountains and new places to visit.

All in the Family: Experiences with Adoption, An Interview with Joel Grewe