Homeschoolers tend to be an individualistic bunch, so when looking for ways to teach our children, we often go beyond the standard lineup of textbooks and curriculum. Here’s a “grab bag” of resources that our family has found helpful recently:

The Extraordinary Adventures of Ordinary Boy, by William Boniface (novels): In Superopolis,everybody has a superpower . . . except for Ordinary Boy. He can’t glow like Halogen Boy, doesn’t have a sixty-foot retractable tongue like Tadpole, and has perfectly ordinary hands and fingers unlike Lobster Boy. Instead, Ordinary Boy relies on his smarts to save Superopolis from nefarious plots and evil villains. In addition to the entertaining characters and plethora of puns, the books also discuss concepts like supply and demand, or the election process. All of my children have enjoyed these books and are disappointed that the series is only three books long. 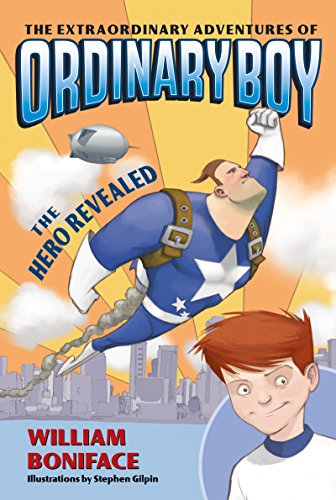 Ted Ed (YouTube channel): It’s not unusual for me to launch into an explanation of some scientific fact or phenomena, only for Sparkler to say, “Oh, yes, I know about that! I watched a Ted Ed video on it.” These short (less than 10 minutes) animated videos deal with science, history, and math on a middle- to high-school level. They include titles like Why Don’t Perpetual Machines Ever Work? and Why Are Fish Fish-Shaped? (Full disclosure, I haven’t watched all of the videos myself, so parents might want to preview them first.)

The King of Random (YouTube channel): They make miniature forges in their back yard, show how to carve a swan out of an apple, build popsicle-stick crossbows, and melt down 100 lipsticks in one cauldron . . . just to see what happens. This channel is chock-full of explosive, interesting, and rather dangerous experiments. It’s also very informative. For instance, can you really turn a charcoal briquette into a crystal by freezing it in peanut butter, as a popular video claims? King of Random tackles that challenge and then explains the science behind it.

DuoLingo (phone app): A few weeks ago, I noticed Darren saying foreign words into his phone. He’d downloaded the free app DuoLingo and was learning the basics of French through fifteen-minute daily lessons. Intrigued, I looked it up and discovered a vast array of language lessons available, including whatever they speak in the Game of Thrones universe.

I chose Spanish for myself. DuoLingo fits pretty effortlessly into my day. The lessons are a combination of choosing word-boxes, typing English translations, and typing words in your chosen language. They also include listening and speaking exercises. (And the app is very forgiving as far as accent goes.)

We even had our children choose a language for February School, just to get some basics down. I’m not saying that any of us are close to fluent. But with this nifty little app, we know a lot more of a different language than we ever have before.

The Time Traveler’s Guide to . . . by Ian Mortimer (nonfiction): Don’t be misled by the title; these are not science fiction, but history books about different eras in England. Mortimer has written three of Guides—one for Medieval England, one for Elizabethan England, and one for 17th-century England. These books are different from other histories, which tend to be dense and dry and focus on important events and people. These books instead talk about what ordinary life was like. They answer questions like “What would I wear?” or “What would my house look like?” or “What would I do for fun?” Excerpts from these books served as our history reading for this year’s February School. I, meanwhile, read all three of them in their entirety with pleasure.

Although we do use a lot of textbooks in our schooling, we enjoy the fact that we can also collect fun and unexpected ways to learn. What surprises are in your “grab bag” of useful resources?