I spent May reading compulsively. We had a couple of great book sales in town, which was the catalyst, but mostly my soul was craving nutrients like a toddler demanding fourths on salad at dinner (true story). I had planned to do other things, like finish the school year in an organized and orderly manner, but there were these books.

The reviews below are all books I actually read in May. It’s summer book list season, so if you’re looking for an oddly specific book about dead languages or a wannabe Star Wars book by a vampire romance author, read on! 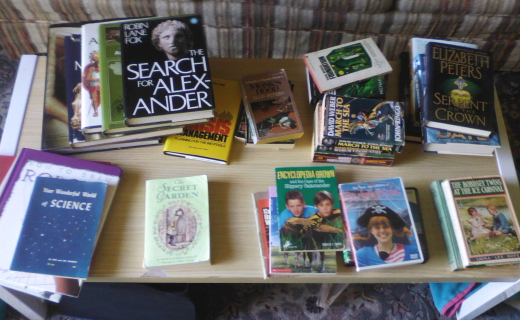 The Riddle of the Labyrinth: The Quest to Crack an Ancient Code by Margalit Fox. I liked it and gave my mom a copy for Mother’s Day. Homer set his epics when kings of Crete ruled from a palace above a labyrinth. In the late 1800s, Arthur Evans of England found the labyrinthine palace and its records, but they weren’t written in Greek letters or even Greek words, apparently. He dubbed the writing Linear B. This book is about the three people who figured it out without benefit of a Rosetta Stone—Arthur Evans; Alice Kober, an American professor who detected the crucial vowel change; and Michael Ventris, a British architect who never even went to Oxford (the horror!).

A Kiss in Time by Alex Flinn. This is a young adult retelling of Sleeping Beauty. It was uneven but basically a fun read. Flinn added surprisingly redemptive stories to the main characters while dealing respectfully with the source fairy tale. I can’t speak to the accuracy of its Miami orgy setting [1]—meaning its underage partying and making-out setting—but there’s enough of it throughout that you wouldn’t want to give this book to your impressionable twelve-year-old. Grownups will be fine. Interestingly enough, the princess‘s old-fashioned education fitted her for life in the 21st-century world much better than the guy’s modern education had. 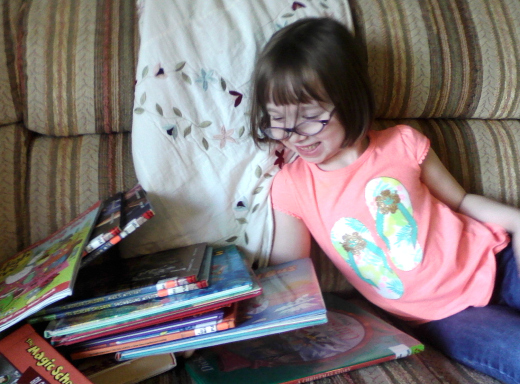 Climbing Parnassus by Tracy Lee Simmons. This one . . . all right, it’s a history of classical education, specifically of how Latin and Greek have been taught from ancient times to today. It was full of interesting tidbits. But this book made me rant. He went off about how the classical education in Victorian times was given to too broad a section of society [2] and there just wasn’t much rigorous classical scholarship done in Victorian times, only archaeology [3]. Wait—he’s complaining about education in the era when almost every gentleman was fluent in Latin, busy categorizing the entire world, and capable of founding entire new branches of science? The Royal Academy of Science just doesn’t reflect well on the classically educated people who ran it, poor dears. This author has issues.

Star Wars: Lost Stars by Claudia Gray. On to happier subjects: Star Wars, as written by the author of the vampire series Evernight. I did not know that when I picked it up. I read Lost Stars because most of the old Star Wars books got thrown out as uncanonical when the new movies arrived and I was curious. This Star Wars book is a romance, oddly, and wins the prize for most passive protagonist of any Star Wars book I’ve ever read. It’s not horrible, other than the useless heroine and, oh right, some lackluster adult content, but my recommendation: if you want a good Star Wars book, check out anything by Tim Zahn, even if they aren’t currently considered canon. Then we can join together in begging J.J. Abrams to include Mara Jade in the next movie.

The Ring of Words: Tolkien and the Oxford English Dictionary by Peter Gilliver, Jeremy Marshall, and Edmund Weiner. This book is my current read, and it’s already my happy place. The authors are lexicographers working on the OED, so they have access to archives that ordinary mortals do not, and they write like Tolkien nerds/scholars in their own right. Also, they know their Lewis. So they cheerfully camp out on the intersection between Tolkien, the OED, the words he researched, and the OED’s effect on words in Middle Earth. One of my favorite moments was when Tolkien reverse-engineered a Middle-English word that might have existed and he needed for a particular scene—and then years later discovered that word in a genuine ME poem. Tolkien would! I’m enjoying the specialized information these authors add to my Tolkien studies; this is not another general discussion of Christian themes in Middle Earth. 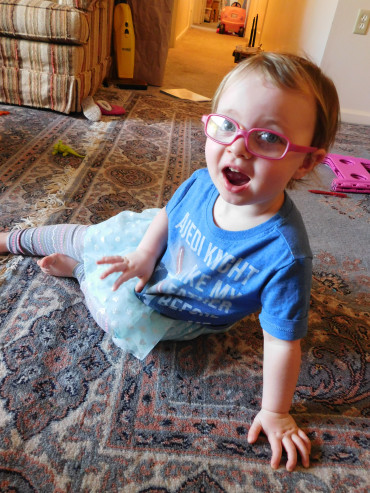 Right now, I can say Charlotte Mason holds my heart because she gives you languages and books, living books, worth reading! And once you have given them your full attention, you go on long walks in the woods and see what’s out there. Classical education also holds my heart, not for its too-frequent drudgery or its modern champions, but because with it you have Latin and all the riches of Rome and Greece, and from there you can set up functional countries, decipher Linear B, invent Elvish, write Bertie Wooster books; you know, whatever job comes to hand. I don’t think these two ideas are so far apart, really. We’ll see what happens next year. I mean, I have two whole months to read in before the fall.

May your summer be full of splashing water and excellent books, but not in the same place in the same way at the same time. That would be hard on the book.