Get personalized guidance and legal protection for your homeschool.

This year, spend less time searching for answers and enjoy more time with your kids. You can be confident in your ability to homeschool well.

When homeschooling questions arise, get help in one place

One-year HSLDA membership for as little as $12/month. Become a member today to get:

Any question. Any time. Anything homeschool.
Members get trusted resources and answers for 35¢ a day.

When you have questions about the homeschool law… or if you’re feeling stuck somewhere on your homeschool journey. You don’t have to go it alone. We can help:

Getting started
I'm a little confused—how do I even begin? Can I really do this? Is this the right decision?
Understanding the law
How do I remove my son from public school? What subjects are required for homeschooling in my state?
Teaching my kids
What curriculum is good for middle-school science? What kind of records do I need to keep?
Planning high school
How do I make a transcript for my daughter? What does college prep look like for a homeschooler?
Special needs
What public school services can my child access? Where can I find resources for teaching my autistic child?

Get answers to all of your homeschool questions from our experienced lawyers and educational consultants.

We know homeschool law. As a parent you have the right to homeschool your children in all 50 states. If you're having trouble making sense of those laws or understanding your legal rights, we can help. Every day we help our members respond to overreaching officials. And we stand ready to defend your homeschool against unlawful attacks. 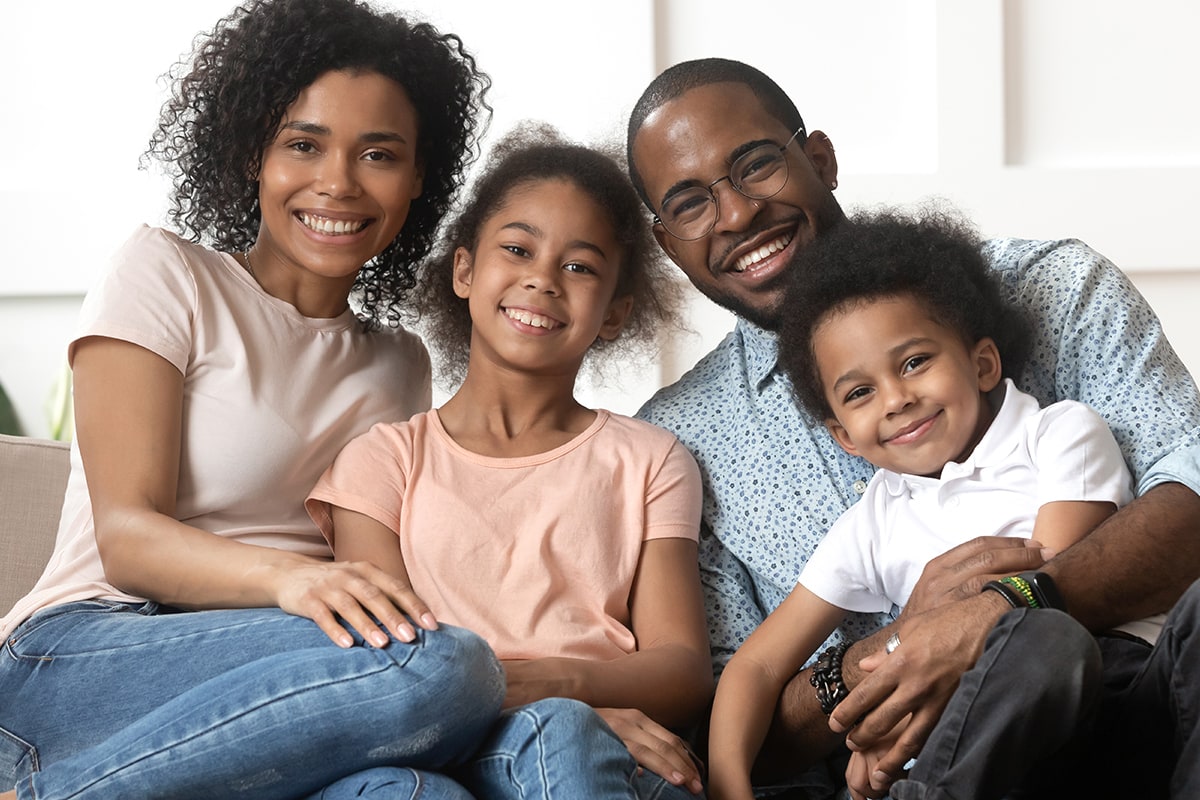 Learn the right way to remove your child from public school. Find options for homeschooling your child with special needs. Understand which state laws apply when traveling. What your rights are when homeschooling adopted children. And more.

Partner with a trusted
homeschool leader.

HSLDA has helped thousands of families who’s homeschool was being challenged. Do you have concerns about or are experiencing a legal issue related to your homeschool? We can help.

Personalized support
that fits into your life.

You can contact our legal staff by phone or email. Even ask us a question on Facebook. No scheduling necessary. Get answers from the convenience and comfort of your own home. Any time you want.

It is such a tremendous feeling of peace to know reliable answers specific to your state are a call away; and in an emergency HSLDA has your back.

Tailored advice unique to your situation. This is not generic one-size-fits-all support. Our Educational Consultants know the ins and outs of homeschooling—specializing in getting started, learning disabilities, and high school. We have helped thousands of moms like you. No question is too difficult.

Help for the everyday parts of homeschooling. Need tips for organizing your day? Help with a challenging subject? Trying to find the right curriculum? Juggling real life and school? Looking to connect with others? Find new ideas you would never think of on your own. Get real answers to real questions.

No judgment. No worries. Just compassionate support from highly trained moms who've homeschooled their own kids and walked in your shoes. Together we’ll help you become confident in your ability to homeschool well.

Real questions we've answered for moms this past year:

Together we can do more. Hundreds of families contact us every week. Many facing hostility from school officials or discrimination from colleges and employers. Dozens more are struggling to homeschool through hard times. Will you join us in helping them? Being a member is more than support and protection for you. It’s a statement of solidarity. Together we’re making homeschooling possible for each other.

HSLDA gives me the feeling that my family is important. Being a member feels natural as if we’re all extended family with the same goals.

Thank you for helping me know that whatever might come my way on our homeschooling journey that I don’t have to face it alone.

As a member you only pay:

Without HSLDA, this could cost:

Plus your annual membership includes:

5,929 families signed up in the last month alone.

Why our members love HSLDA

HSLDA is just a phone call away when you need them. I am much more confident in my decision to homeschool knowing this about HSLDA and having experienced their support first hand!

HSLDA was there for us 32 years ago when we began our homeschool journey and it was considered illegal in our state. They are still here, advocating for our grandchildren and the rights of their parents. I highly recommend membership!

It’s our first year of homeschooling. HSLDA has already been there to answer our questions. I feel confident knowing they’re here in case we need them!

What do HSLDA members receive?

You receive a full year of all the member benefits below for far less than you would pay for an hour of an attorney’s time almost anywhere else!

From legal advice to full court representation: no matter what services are needed to help you, there are no further charges of any kind beyond your annual membership dues.

Here are more services and resources our members have said they found very helpful:

* Please note that member families who choose to consult separately with a non-HSLDA attorney must do so at their own expense.

How much does it cost to join HSLDA?

Membership dues for a family for one year are $130. One membership covers your entire family: parents/guardians and all children of whom you are the parent or legal guardian. There are no additional charges when you consult with our attorneys or educational consultants—it’s all included in your $130 dues. For special discounts and payment options that could bring your cost down to as little as 30¢ a day, see What are my membership options?

How long does it take to process my membership application?

Processing generally takes 3 weeks—a bit longer during our summer/fall busy season. If you would like to have your application reviewed within 2 business days, you may expedite your application with a nonrefundable rush fee of $40. (Approval is not guaranteed.)

I want to join HSLDA, but I can’t afford the membership dues. Are there options for me?

We don’t want financial restrictions to prevent you from receiving the benefits of HSLDA membership! If you cannot afford the $130 membership dues—even with a discount or payment plan option—please consider applying for financial aid. Email us at mhm@hslda.org and we will send you a financial aid application.

Is my membership and application form kept confidential?

HSLDA may send to you information on behalf of our partners, but we do not share your personal information with anyone.*

* If you are a member of an HSLDA Discount Group (which qualifies you for a discount on your annual membership), we will provide your group administrator with periodic reports that include your name, member account number, state, and membership date in order to assist groups in keeping accurate records.

What happens if my membership application is not accepted?

If, after careful review, HSLDA is not able to accept your application, we will promptly notify you and will refund your membership dues (minus the rush fee, if applicable). Non-acceptance in no way diminishes your right to homeschool, and does not prevent you from reapplying in the future.

Why do I have to fill out a membership application to join HSLDA?

* In the rare event that HSLDA is unable to approve your application, we will promptly notify you and will refund your membership dues (minus the rush fee, if applicable). Nonacceptance in no way diminishes your right to homeschool and does not prevent you from reapplying in the future.
Why does HSLDA help member families in the initial stages of a child welfare investigation?

HSLDA’s mission is primarily to advance homeschooling rights, and this extends to helping families whose decision to homeschool subjects them to suspicions of abuse or neglect.

For example, sometimes a report to child protective services (CPS) arises from a misunderstanding about homeschooling—a neighbor may see children playing outside during school hours and think that the parents are allowing them to be truant. Whether the report indicates actual abuse is occurring or not, some CPS investigators and law enforcement personnel then insist they be allowed to interview the children and search the family’s home without a warrant. They may refuse to tell the parents the allegations against them and, if the parents are hesitant about allowing the interview or home visit, may use threats of removing the children to get the parents to comply.

However, current CPS and judicial practice often treats child abuse investigations as an exception to traditional constitutional rules that protect children and parents from unnecessary government intervention, especially during the early stages of a CPS investigation. We assist our members in these initial contacts with CPS investigators to ensure that their constitutional rights are protected.

Does HSLDA help its members obtain access to public school facilities and activities?

Does HSLDA help its members obtain access to special education and related services benefits through the public schools?

Special education refers to instruction or assistance in traditional academic areas such as math, language arts, etc. Related services, on the other hand, are aids to a child—like speech therapy, occupational therapy, and physical therapy. These services indirectly improve a child’s ability to learn, but are separate from traditional academic curricula. HSLDA believes that parents whose children receive related services at a public school are still home educators.

Because HSLDA’s board of directors desires to focus our resources on guarding the freedom of homeschoolers from public school oversight, we cannot help homeschooled students obtain access to special education in public schools. However, HSLDA may assist member families seeking related services that have been denied because of homeschooling. We view this as a basic fairness issue, since according to the U.S. Department of Education, homeschooled students are entitled to related services in states where homeschools are considered to be private schools, but in other states, they are not. You can learn about your state’s provisions here.

Does HSLDA represent the parent seeking to homeschool in a contested custody case?

In general, homeschooling only becomes an issue in a divorce case when the parents cannot agree with each other about the children’s education, and it’s typically only one of many issues over which parents disagree. It is outside HSLDA’s mission to say which parent should be able to determine how the children are educated when the parents disagree. In these cases, the judge must decide what is best for the children based on the evidence before him or her.

When a divorce occurs after the parents have joined HSLDA as a married couple, because both parents are or have been HSLDA members, we cannot ethically represent an interest contrary to either spouse, even though one may be trying to keep the other from homeschooling.

We provide a free information packet containing research on domestic and custody cases involving homeschooling, and where there is no conflict of interest, we will consult with our member’s personal attorney on homeschooling issues. Contact us to request the packet or ask about attorney consultation for your situation.

How do I cancel my membership?

If you need to cancel your membership you may contact us by email, mail, or phone. Please include your name and membership account number in your communication and allow two (2) business days for us to process your request. Please note that members with the monthly auto-pay or annual auto-renew option must contact us at least four (4) business days before their next scheduled payment to ensure cancellation. We do not offer a refund of your membership dues.