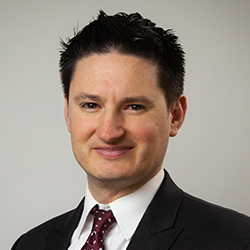 Why You Want Jeremiah for Your Event

Roots of Liberty: The History of Freedom that Shaped the U.S.

When our Founders started the great American experiment, they drew on a heritage of freedom that can be traced through history. They studied Jerusalem and the nature of law and the principle of Golden Rule, Athens with its contribution of rule of the people, Rome with its ideas of natural law, and London with its concept of the rights of man. This extended presentation traces these ideas and explores how the Founders relied on them to knit together the remarkable system of government that they handed down to us. BOOK THIS SESSION
45–60 minutes
Workshop
History Political Civics Parents Teens

Changing the World: How You Can Affect History from Where You Are

John Quincy Adams was just a teenager when he became one of America’s first diplomats and opened diplomatic ties with Russia. Then he became president of the United States! But his most inspiring contribution to America came after all that, when he spent his sunset years fighting for the freedom of the slaves, becoming the American William Wilberforce. In this session, Jeremiah explains that lasting impact does not depend on your title, age, or vocation. Instead, it comes from doing what you were designed to do to the best of your ability. BOOK THIS SESSION
45–60 minutes
General Session Workshop
Spiritual Civics Teens

Christians and Foreign Policy: The Responsible Use of Power

What does it mean to be a superpower? What is the difference between just and unjust war? Is there such a thing as a just war? How does the American Revolution inform the way we make choices today? In this session, move beyond the simple soundbites of neo-cons and isolationists to deal with the important issues of making hard choices when life is hard. BOOK THIS SESSION
45–60 minutes
General Session Workshop
Leadership Civics Teens

Advocacy: How to Impact your Government

In a constitutional democratic republic, we the people have the ability (and sometimes the responsibility) to make our voices heard. In this session, learn about the three-meeting rule, the importance of working with elected officials from all parties, and the keys to building relationships with elected officials. BOOK THIS SESSION
45–60 minutes
General Session Workshop
Political Lobbying Civics Parents Teens

As the Deputy Director of Generation Joshua, Jeremiah travels across the U.S. to teach students about the principles and practice of conservative politics. He has worked with over 100 campaigns over the last decade. He has also worked for Senator Wayne Allard (CO), the National Association of Evangelicals, the Arlington Group, and of course Home School Legal Defense Association.

As one of Generation Joshua’s key strategists, Jeremiah has overseen numerous campaign deployments and coordinates GenJ’s election efforts, which involves thousands of volunteers in scores of competitive races nationwide. He has managed three PACs, and in 2011 and 2012 he represented the Young Republican National Federation in the pro-democracy, International Young Democrat Union.

When he isn’t busy doing all these things, Jeremiah likes to read. He alternates between fiction and non-fiction to maintain a balanced reading schedule. He also travels to cultural and historic sites around the world and collects pieces of history when his budget allows.
HI RES PHOTO

Tell us a few details and we can help you pick the best speaker for your event. — Chloe Powers, HSLDA Event Coordinator