After 40 years in the workforce, James Blume began collecting well-earned Social Security retirement benefits, including an additional amount for his son who was still in school.

When the homeschool teen turned 18 last year, however, the additional benefit stopped—even though the law says he still qualified for the payment.

“We filled out their form stating that he was still in secondary school,” James Blume recalled, “but this was not sufficient. The Social Security Administration needed more to substantiate [his status] and said they wanted the school to give a statement that he had met their requirements for education.”

“At this point,” he added, “we contacted HSLDA.”

Sadly, situations like the one experienced by the Blumes are no longer a rarity.

According to Senior Counsel Darren Jones, who deals with Social Security Administration (SSA) issues along with other members of Home School Legal Defense Association’s litigation team, the number of cases we’re dealing with in this area has nearly tripled in the past five years.

The problem typically occurs after a homeschool student turns 18. That’s when the additional benefit granted on behalf of a child usually ends for parents receiving SSA payments for retirement, disability, or the death of a spouse.

The law says that youth who are still going to school full-time qualify for Social Security students benefits until two months after their 19th birthday. And it’s fairly straightforward for students in traditional schools to show they are still eligible for these payments.

Unfortunately, homeschool teens sometimes face additional challenges proving they are full-time students. This is especially true in situations where local Social Security officials get confused about the regulations.

When it comes to dealing with homeschoolers, explained Jones, “Social Security’s policy is generally good. It’s now very clear that if you’re eighteen and homeschooling, you qualify for benefits. The problem is the people on the ground don’t necessarily know it.”

In our advocacy on behalf of the Blumes, we were able to resolve the situation quickly. We sent a letter to the West Virginia Social Security office explaining the law and documenting that the Blumes’ son was still in school.

“Our son’s benefits were reinstated without any skipped months,” Blume said. “The additional benefits helped tremendously as he was able to finish that semester as a dual-enrolled high school senior in the welding program of our local community college.”

Not all cases go as smoothly.

Our work on behalf of Rhonda Conner’s son was complicated by the fact he was adopted and was receiving Social Security benefits because his father died many years ago.

The homeschool teen was still in high school upon turning 18, so the Conners applied to have his benefits continued. After several rounds of submitting paperwork to confirm her son’s status—with no positive results—Rhonda Conner finally telephoned local officials.

“The Social Security office would not recognize my signature on the certification form,” she explained. “I was told that I needed a public school official to sign.”

Next, “I was instructed to have someone from the state sign the notice,” she added. “When I tried to get clarification, I received the same vague response and was never told which person has the authority to verify that my son is a full-time student.”

She contacted HSLDA, and staff Attorney Peter Kamakawiwoole went to work on her son’s behalf. Eventually, benefits were restored.

“I can honestly say that the decision to continue my son’s Social Security benefits would never have happened without the support of HSLDA’s staff and their ongoing commitment,” Conner said.

Sometimes problems with Social Security stem not from the complications of individual cases but because of regional policies.

This explains why several midwestern states, including Michigan and Minnesota, have proven especially troubling.

Jones said that Social Security officials in these jurisdictions have developed local guidelines that discriminate against homeschool students based on a faulty understanding of compulsory education laws. Their view is that, because there is nothing compelling 18-year-olds to remain in school, these teens can’t legally be considered students.

“That’s contrary to the intent of the law,” said Jones.

It’s also contributing to the rise in our caseload.

Many Social Security cases can be resolved by parents’ filing the proper paperwork under HSLDA’s direction.

If this initial step fails, sometimes we have to send an attorney to the Social Security office in the offending state to file an administrative appeal. And if the case ultimately goes to court, it can take years for parents to be awarded the funds that are rightfully theirs.

But one thing HSLDA members do not have to worry about is legal fees. Though private attorneys can claim up to 25% of the benefits awarded in SSA cases, HSLDA performs the work as part of our mission to make homeschooling possible.

So if you’re a homeschool parent who is receiving Social Security benefits for an older teen, said Jones, “you need HSLDA. Because even if the law in your state is good, you may run into people who don’t know the law.”

Homeschool parents may also find it difficult to locate a private attorney with the experience of the HSLDA staff.

As Jones put it: “If you’re looking for an attorney who knows the ins and outs of Social Security law as it pertains to homeschooling—they all exist in this office.” 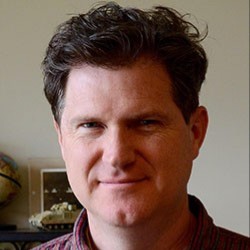